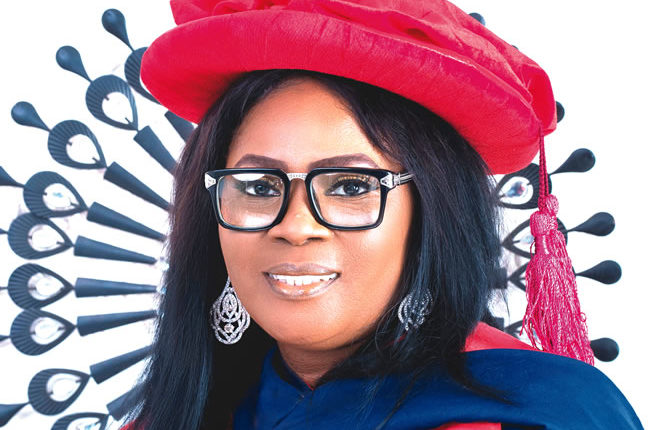 Princess H. A. Olarinde is a certified marriage mentor from American Institute for Relationship, Marriage and Family Affairs. She and her husband, Most Superior Evangelist Olusegun Olarinde coordinates the Before you say I DO and After Academy (BIDA) through which they have been grooming singles and couples on strategies for marital breakthrough. In this interview by Imoleayo Oyedeyi, she bares her mind on the problems confronting most homes in Nigeria and how the growing spate of divorce can be abated.

As a clergy and a certified marriage counsellor, what are the costly mistakes you think singles often make when choosing life partners?

Singles often refuse to seek consent from God who made the institution before embarking on the journey. Marriage is a gift from God; He planned it from Adam; so if you have to go into His plan, you must ask from Him to know if you are on the right path. Also, singles in love don’t know each other well enough. When in a relationship, you need to discuss properly your future plans, even where you wish to live after marriage, the number of children you wish to have and a whole lot of other things. Also, singles in love don’t take enough time to find out the probable flaws of each other.

During courtship mostly, there are some things your partner will not tell you that you will have to discover on your own. To know this, pay him or her surprise visits and take your time to find out some of his or her hidden flaws. Similarly, parents, family and friends also pressurise singles into choosing the wrong spouse for marriage, not considering what might come of it. Lastly, we spend a lot of money on our children to become professionals in different chosen fields; we spend a lot to make their wedding ‘talk of the town’ but we fail to educate them on marital terrain. We allow them to make decisions without any help in that area. So, they make ‘childish’ decisions, for example, when a person believes he or she should marry a good-looking or rich person without considering their compatibility.

Meanwhile, in view of the high rate of divorce being recorded globally, what are the factors you think often tear Christian marriages apart in their early years?

A faulty foundation is one of them. For instance, you cannot build a  house for a horse on a foundation designed for a dog; the horse’s house will eventually collapse. Psalm 11:3 agrees with it, “If the foundations are destroyed, what can the righteous do?” Also, we have the issue of incompatibility. It is mostly the basis for divorce because couples are unwilling to reconcile their differences. The six points of differentiation in every couple are; gender, family of origin, orientation, personality and spirituality. Also, drastic changes in marriage can be a major problem, either windfall or adversity. It can also bring four possible consequences: misinformation, reformation, negative transformation and deformation. Then, there is a silent marriage assassin called ‘unfulfilled expectation’. Regrets are the highway to resentment and resign. William Shakespeare said and I agree, “Expectation is the root of all heartache”.

With your knowledge from the American Institute of Marriage and Family Affairs, how do you think couples can make their marriage work against the rising tide of broken homes?

Communication to a relationship is like oxygen to life. Without it, any union will die, says Tony Gaskins. Communication is where it all begins; it is the engine that runs all relationships. Marriages start to tear apart when there is a communication breakdown. Some of the signs of the imminent breakdown of marriage owing to lack of communication include silent treatment, absent-mindedness and disappearance of trust. To make your marriage work through communication, you need to learn the language of love and respect. Proverbs 15:1 says, “A soft answer turns away wrath, But a harsh word stirs up anger.” Also, you have to build a formidable team through intimacy. Though you are made for each other, you have to be closer to each other always. Intimacy is the oil that lubricates marriage. Without satisfying intimacy (the oil), communication (engine) runs rough and ultimately grinds to a halt. Intimacy involves four areas, namely: physical/emotional, spiritual, intellectual and social. Money, they say, is the root of all evil” (marital inclusive). Money can be used to purchase nearly all commodity and services, but you can use it as a unifying factor by merging your earning power and management skills for the good of the family?

In view of the moral decadence and sexual perversion that has enveloped the world aided by the internet, how do you think parents can raise children for a successful future?

The Bible says in Proverbs 22:6 that, “Train up a child in the way he should go, And when he is old, he will not depart from it.” Parenting is a partnership between God’s teaching and man. This is a style that works most. Good parenting doesn’t just happen; it has to be intentional. Children watch more than they listen; so what you wish them to be, you model for them. Set boundaries but don’t be an authoritarian. With prayers and Jesus Christ as a model, they will yield to your instructions.

You recently established a married and singles’ academy, what are the marital problems you are aiming to solve through the training centre?

Before you say I DO and after Academy (BIDA) is set up to counsel and mentor youths and married people through moral and biblical principles. Also, it is designed to educate and equip male and female, young and old to become marriage mentors/relationship coaches and be useful within their sphere of influence. Our main goal is to have working relationships which will, in turn, lead to peaceful marriage and provide a platform to raise happy children, hence our motto: Save the family! Save the nation!! Save the world!!! The academy is founded by my husband, Dr Olusegun Olarinde (Chancellor) and I.”  We are both clergies.  My husband has been serving in God’s vineyard since 1972. He is a counsellor in marital affairs due to his years of experience.  Our calling is to make relationships work; improve marriages and guide teenagers and youth (both male & female). Our vision is driven by the fear of God and our passion to proffer solutions to relationship matters. We have a three-fold mission which is to build the unmarried, repair the troubled marriages and restore broken homes. The peculiarity of BIDA is that it is meant for every class of people across the globe.

Personally, how has studied in an American marriage institute changed your perspective about marriage and family life being a Nigerian?

I have been positively affected. In the past, I had always been a motivational speaker on the related matter (marriage and family) in different places. I thought I was very good in the marital area due to my experience of being in a second marriage. Not until I took the bold steps of going to school to pursue my passion that I realised that there is always room for improvement.

Why do you think people often find it hard to effectively stick to their marital vows years later in marriage?

One of the reasons is by falling out with God. If you don’t maintain your relationship with God, you cannot be faithful to man. We also have peer group/societal pressure. People that lack determination change as they meet new people; it often leads to divorce. Naivety is also part of the reasons. Like in my own case, I didn’t really realise the qualities to look out  for before getting married. I just thought being fair-skinned and handsome was enough. Reality set in after a few years that my first husband and I were not on the same page.

In the last two months, Nigeria witnessed an endemic in the spate of rape and defilement of minors especially by either their fathers or close family relatives, what do you think is responsible for this?

I believe it’s the absence of God’s Spirit in the lives of people engaging in this heinous act. It’s not ordinary, how can a father, brother or uncle just pick on his blood relative and rape her all in the name of lockdown?

And lastly, what do you advise mothers, school managers, church leaders and the government to do in view of the various sexual and violent maltreatments often faced by the female gender in the country?

The first step is for us all to seek God’s mercy. 2 Chronicles 7:14 says, “if my people who are called by my name will humble themselves, and pray and seek my face, and turn from their wicked ways; then I will hear from heaven, and will forgive their sin and heal their land.” Secondly, the government should sanction anybody caught in such a dastardly act, they should be punished openly. Finally,  parents, guardians and teachers should take extra measure in securing the safety of their children both male and female. It’s rampant in female children but it also happens to male children.

How Suspended EFCC Boss, Magu Avoided Re-Arrest
SUSPENDED former acting chairman of the Economic and Financial Crimes Commission (EFCC), Ibrahim Magu, avoided his re-arrest on Thursday for his decision to remain in the official residence of the EFCC chairman despite being suspended and another acting chairman named for the commission… Read Full Story
NASC Retires Clerk To National Assembly, Four Others
The fate of the embattled Clerk to the National Assembly, Mohammed Sani-Omolori, was sealed on Friday night following the gale of retirement announced by the National Assembly Service Commission… Read Full Story

In defense of the Nigerian woman

The buyers and how they feel

If I were the minister of power, I would be technology agnostic —Chisom Okoye,…

My art is my channel for self-expression —Hannah Bassey, art therapist and founder…

I hear about sexual abuse through my project with young girls —Ronke Giwa-Onafuwa,…