Arts and Culture
By Akintayo Abodunrin On Jul 12, 2020 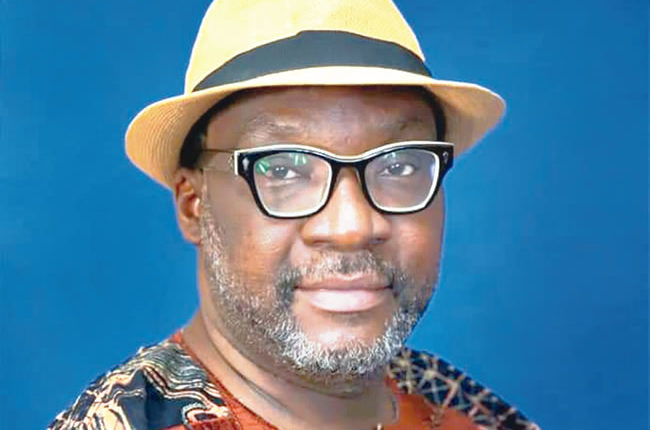 The 50th birthday of prominent arts journalist, editor and former tourism commissioner, Steve Ayorinde, was marked with an illuminating webinar on growing African tourism on Thursday.

THIS has been the best day of my life. It is the ideal way to celebrate the beginning of a Golden era,” former Lagos State Commissioner for Tourism, Arts and Culture, Steve Ayorinde began on Thursday.

Ayorinde, ex-Arts Correspondent, Arts Editor and Editor of the Punch Newspaper, and Managing Director of National Mirror, had clocked 50 on the day and had just been honoured with a pan-African Zoom webinar.

The webinar entitled ‘Post COVID-19: For African Tourism To Revive, Reboot and Refocus’ featured significant players from across Africa. They had shared ideas on how Africa could further develop its tourism opportunities. Ayorinde was thanking the participants who had spent a fruitful three hours on charting a new course.

“There were plans at the beginning of the year, but nobody expected COVID-19 to happen,” he continued. “Despite that, COVID can’t keep us down. COVID has been defeated. Africa has come together. We need to close the gap; let’s do a lot more together. That’s what we should be thinking about. We shouldn’t wait for the outside world to come and be telling us what to do. Let Africa feed on Africa and develop. There are several things we can do better in Africa. Let’s commence a new chapter in our tourism development,” the celebrator added as he expressed heartfelt gratitude to participants.

Speaking, Mohammed commended Ayorinde, publisher of ‘The Culture Newspaper’ for choosing to mark the milestone with the creative industry.

The Minister added that the celebration was apt because Ayorinde has spent a significant part of his life in the creative industry and left indelible footprints as tourism commissioner in Lagos.

He said: “I congratulate today a man whose vision and commitment to the development of this sector is never in doubt. It must be to Steve’s joy that it is in his anniversary month that the Federal Government has decided to hand over the use of the National Theatre in Lagos to better use by the Lagos State Government through the support of the Central Bank of Nigeria.”

The Minister disclosed that the Federal Government would hand the edifice over to the Bankers’ Committee at a brief ceremony on Sunday (today) for its restoration to commence.

He added that the Bankers’ Committee of the CBN would restore the theatre in a matter of months with four pillars- fashion, movie, information communications technology and entertainment.

In his brief contribution, Director General of the NTDC and also a former Lagos State Commissioner for Tourism, Arts and Culture, Folly Coker, said tourism was in trouble because of COVID-19. He noted that going forward, a lot of things must change in how tourism operates.

“Laws and policies must change; workforce training has to change. We are no longer selling move and pretty. We’re selling safe and secure,” he said, adding that it was time to reinvest in the industry.

Coker further noted that COVID-19 would force players in the tourism sector to use disruptive technology and noted that Nigerian tourism laws have to change.

Akinbile-Yusuf felicitated with the celebrator and acknowledged the importance of the webinar in her goodwill message.  She described the discussions as enlightening, adding that she would take nuggets from them.

Angela Martins of the AU equally congratulated Ayorinde, highlighting his invaluable contributions to the growth of tourism and culture on the continent. She made a case for more synergy among players in the sector and highlighted what the AU was doing.

The organiser of Akwaaba African Travel Market, Ikechi Uko, in his presentation began by noting that “Africa celebrating Steve is wonderful.”  He then spoke about three steps a country needs to do to improve its tourism, post-COVID-19. Uko, who also helms the Accra Weizo, said countries should stop doing stupid things, start doing smart things and begin planning for the future.

Like Anyiam-Osigwe and Dada who spoke later, Uko stressed the need for collaboration and breaking all artificial barriers to grow African tourism and ease of movement.

Senior Consultant, W-Hospitality Group, Nigeria, Belinda Nwosu, stressed the importance of creativity in growing tourism. She noted that nothing stops Nigeria from having a ‘Things Fall Apart’ theme resort like Shakespeare’s birthplace of Stratford-upon-Avon, Warwickshire, England.

In all, it was time well spent as the speakers, bringing in their individual experiences, forged a path to growth and prosperity for African tourism.