[ICYMI] Palace razed as communities fight over land in Ondo 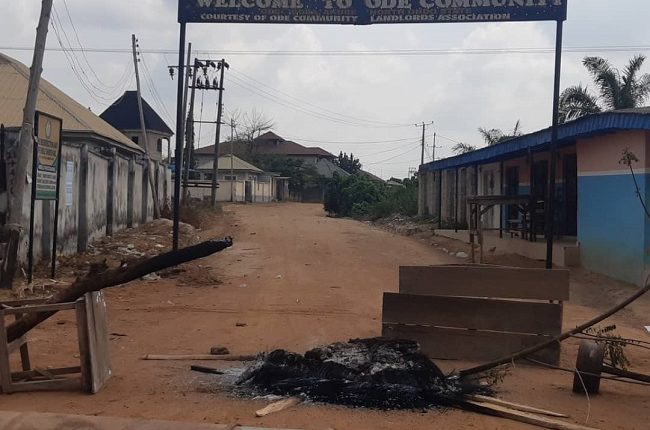 The palace of a traditional ruler was vandalised and razed during a fracas which ensued when residents of two Ondo communities clashed over the ownership of a parcel of land in Akure North Local Government Area of the state on Thursday.

The clash between Ude and Isinigbo communities ensued a following court judgement on the said land.

The traditional head of Ude community, the Ajagun of Ude, Chief Sunday Boboye, who was said to have been laying claim to the ownership of the land, demolished some buildings numbering about 100 in Isinigbo after the court judgement.

The development infuriated youths from Isinigbo who invaded Ajagun’s palace to register their grievances. The traditional head had, however, fled before the arrival of the youth.

The palace was thereafter vandalised and set ablaze by angry youths and residents. They also blocked the road leading to the two communities.

Commercial activities were paralysed as shopowners hurriedly closed for the day over the fear of their goods being vandalised by the youth. Residents also retired to their homes as early as 3 pm.

One of the residents explained that residents of the Isinigbo were forced to come out to protest the illegal demolition of their property by Boboye, alleging that the traditional head destroyed property belonging to both indigenes and non-indigenes who bought land many years ago.

The Oluomo of Isinigbo, Oluwole Kareem, said they had to protest to stop the continued demolition of their buildings by the Ajagun of Ude, Boboye. 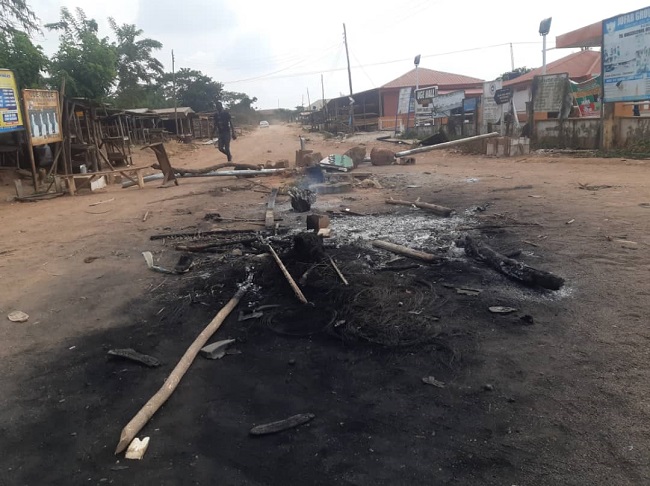 According to him, the Isinigbo community had been awarded the land through a judgement in 2012 but said Boboye secured another judgment through the backdoor over the land that has been in existence some 800 years ago.

According to him, “Boboye came to us that we are occupying the land illegally and said he has secured a judgement against us in Isinigbo.

“We suspected that the judgment is fraudulent but he came to our community to demolish over 50 houses. We protested but the government did not do anything.

“We approached his lawyer who said he was not aware of any judgement but Boboye brought some thugs and fake policemen last Thursday to demolish over 100 buildings again, including my house.

“Apart from demolishing our houses, he turned himself to a thief, stealing our belongings including goats and my monkey which I have been training for the past 15 years.

“We have to resist him today because he has rendered us homeless and to register our displeasure following the continued silence over the development and for the state government to intervene.”

Boboye could not be reached for comments on the allegation as his phone has been switched off.

However, the Ondo Police spokesman, ASP Tee-Leo Ikoro, who confirmed the burning of Boboye’s palace said nobody was killed in the fracas.

Ikoro said normalcy has been restored to the place while investigation has commenced into the incident.