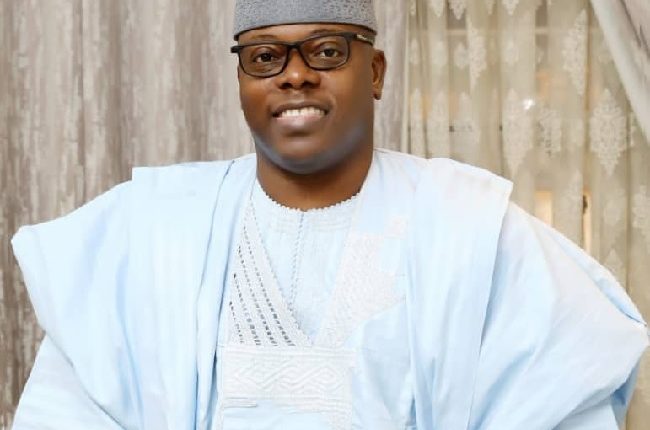 The Oniru of Iru Kingdom, Oba Gbolahan Lawal, on Monday, reiterated his stance against any form of violence, lawlessness and recourse to self-help, warning palace officials to remain emotionally stable in the discharge of their duties, even in the face of provocation.

The monarch said this in a statement made available to newsmen in Lagos, sequel to an incident which culminated in an altercation between some officials of the Oniru’s palace and a group led by one Prince Tijani Oniru.

Meanwhile, the Oniru has ordered the suspension of the palace official involved in the incident pending further investigation by the Divisional Police Officer (DPO) of Area J and the Area Commander, even as he enjoined all parties to desists from all forms of violence but rather should uphold peace, law and order.

Reports of the ugly incident, which occurred within the Oniru Estate neighbourhood close to Millennium Estate gates, had it that the team of palace officials led by one Prince Murisiku Ajasa was allegedly accosted by the said Prince Tijani Oniru and some other persons, while the palace officials were on a routine inspection to supervise work being done by an inventory and enumeration group from the palace.

According to the statement, in the ensuing heated argument, it was alleged that the said Prince Oniru slapped the leader of the palace officials who were also similarly alleged to have retaliated before the police quickly intervened to prevent further escalation.

“The Oniru of Iruland, HRM Oba Abdul Wasiu Omogbolahan Lawal, has been formally notified of this incident, and he has immediately ordered an investigation into both the incident and the conduct of the palace officials.

“His Majesty has repeatedly stated that he would not tolerate or condone any acts of violence, lawlessness and recourse to self-help,” the statement averred.

The statement, while noting that the monarch had ordered the suspension of the officers involved in the incident pending further investigation by the DPO of Area J and the Police Area Commander (PAC), enjoined all parties to desists from all forms of violence but rather should uphold peace, law and order.

“Notwithstanding the provocative affront to the authority of the Oniru and desecration of tradition, the Oniru warned palace officials to remain emotionally stable in the discharge of their duties, even in the face of provocation.

“In addition, he sees no reason or excuse for violence in Iru Land. Consequently, Kabiyesi has directed the Palace Administrator to immediately suspend the official involved in the incident pending a full investigation.

“His Majesty enjoins all parties to desist from all forms of violence and uphold peace, law and order,” the statement said.

The statement restated the Oniru’s commitment to allow the law of the land “to take its full course in this incident despite the palace administrative actions that had been taken so far while awaiting the outcome of the investigation currently being undertaken by the Office of the Police Area Commander Area J and the Divisional Police Officer of the Maroko Area.”