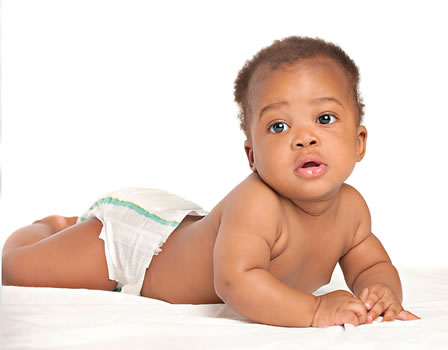 A Paediatric neurologist, Dr Okunola Olusola, has warned mothers to stop throwing their newborn to the air, during bath time, in order not to injure the baby’s head and neck.

Olusola of the Paediatric Department, University of Benin Teaching Hospital (UBTH), Benin gave the warning in an interview with the News Agency of Nigeria (NAN) on Tuesday in Lagos.

According to him, some babies are known to have died as a result of throwing and shaking during bathe.

“Mothers should stop this act of throwing, tossing and shaking their babies because an accident can happen and they will have themselves to blame.

“It is a risky act because the baby can be injured in the process; the child can fall and injure the head or break the neck, depending on how forceful the person throws the child.

“Secondly, it confers zero advantage to the baby; it does not improve the baby’s physical nor improve mental well-being.

“It is just a tradition that has no scientific basis but full of challenges. So, mothers should stop it.,’’ Olusola said.

He described the act as “not a sensible practice’’, adding that tossing babies to the air was never beneficial to babies and would not strengthen their reflexes.

According to him, if it is beneficial, babies should be tossed until they grow old enough.

The paediatrician also said that babies did not need special exercises as they were always full of activities, adding that as they grew older, they played; and the play was a form of exercise.

Olusola, who is also the Deputy Director of World Safety Organisation, also urged mothers to apply the safer ways to please their babies.

“The best way mothers can care and please their babies is by either breastfeeding or petting the baby when he or she is crying or even back the baby.

“ Any other thing is really not needed; Just handle a baby in a normal manner, don’t try to exercise the baby, children and babies exercise themselves by themselves.

“They kick their hands and legs and they twist their bodies.’’

The medical practitioner stressed that babies who had a particular need for exercises were those that suffered a brain injury.

He said that babies who had injuries in the brain, usually their bodies would become stiff as a result.

He said such babies experienced “physiotherapy or occupational therapy’’ which according to him are forms of special exercises to relax and prevent their joints from being stiff.

Delay in pneumonia diagnosis, treatment can cause child’s death ― Paediatrician