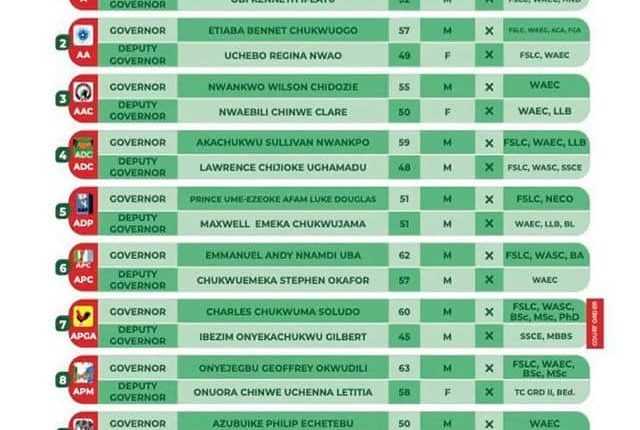 The name of Mr Valentine Ozigbo has been published alongside his running mate, Mrs Azuka Enemo, as gubernatorial candidate of the Peoples Democratic Party (PDP) in the final list published by the Independent National Electoral Commission (INEC). 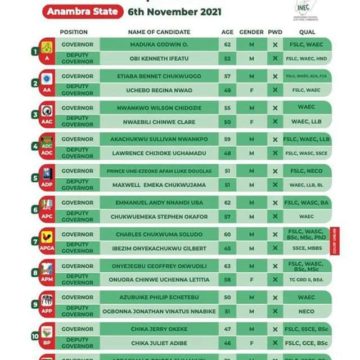 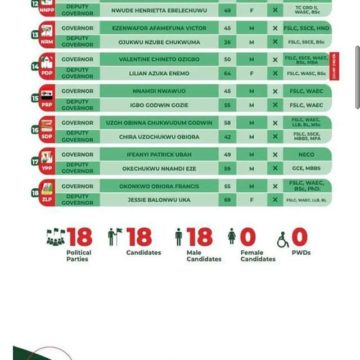 Leonard Ohajinkpo will contest on the platform of NNPP, Afam Ezenwafor for NRM, Nnamdi Nwawuo for PRP and Obinna Uzoh for SDP.

In a reaction, Ozigbo said the election was winnable for him as the PDP had the brightest chance among all the parties in the contest going by the vigorous campaigns he had ran and the feedback received.

According to him, in spite of the handful of defections, we retain the comparative advantage of the grassroots.