• The payments have been made ― Water Corporation Chairman 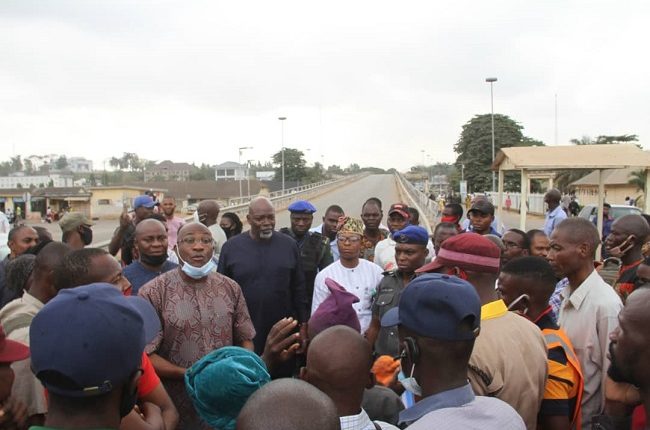 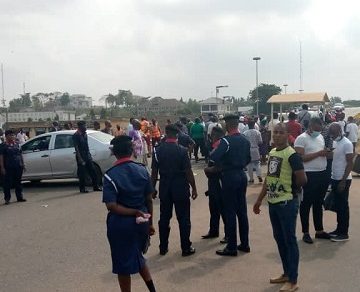 For many hours, the staff of the Oyo State Water Corporation, on Monday, blocked the main entrance and exit gates into the state Secretariat, Ibadan, in protest against the failure of the state government to remit its cooperative deductions to the tune of about N200 million.

The protest forced many who wanted to gain access into the state secretariat, with their cars, to park outside as the protesting workers resisted any attempt to remove the blockade.

The protesting staff under the aegis of Amalgamated Union of Public Corporations, Civil Service Technical and Recreational Services Employees (AUPCTRE) added that their grievance was against the failure of the management of the corporation to provide funds for the procurement of chemicals to treat water for residents of Oyo State.

Leading the protest, Secretary, AUPCTRE, Ibrahim Mohammed, said the workers also demanded an increase in monthly subvention to the corporation as well as the appointment of general manager to fill the void position.

Monday’s protest had been preceded by a one-week long strike held three weeks ago where activities at the Water Corporation building were paralysed.

Speaking, the AUPCTRE Secretary said Monday’s protest was being accompanied by an indefinite strike until Governor Seyi Makinde himself addresses their demands.

Mohammed said: “The sufferings inflicted on workers by the state government include deductions which have not been paid by this government. As of September, the government owes cooperative N122 million and by January, it will become over 200million. 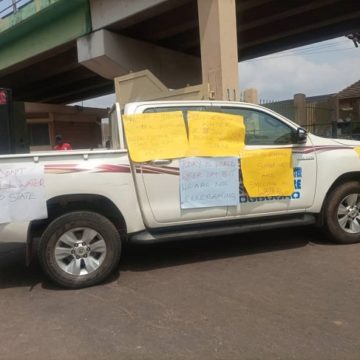 “Two weeks expired on Friday without any government representative coming to meet us. The Head of Service summoned a meeting yesterday which I did not attend because the Head of Service cannot meet our demands. Everything is with the governor who I believe has a personal interest in Water Corporation.”

Addressing the protesters, chairman of the State Advisory Committee, Senator Hosea Agboola, while commenting on the protest, said that the whole issues would be resolved before the close of work on Monday.

Also speaking, Special Adviser to Governor Seyi Makinde on Security, Mr Fatai Owoseni appealed to the protesting workers to give room for dialogue and not embarrass the current administration.

When contacted, Chairman of the Water Corporation, Dr Adepoju Adebayo said the state government, last Friday, remitted the payments to the various cooperative societies of the corporation.

He said only members of one cooperative society complained of not receiving their funds and he had told them to confirm from their banks.

Adepoju described as absolutely untrue the allegation that the corporation got N1billion to purchase chemicals and failed to get them.

He also regarded as false reports of sales of pipelines noting that the corporation only approved the sale of scrap materials, which according to him, was a norm in government.

Adepoju said: “They went on strike about three weeks ago, called it off on Friday of that week. They gave us two weeks ultimatum to meet the payment.

“As of Friday last week, the payments have been made. His Excellency, Governor Seyi Makinde approved the payment and they have been paid. It was only one of the cooperative societies that claimed they did not get alert and I told them if they don’t get alert, they should go and check at their bank. I think everybody has seen it.

“There is absolutely no truth that there is an approved N1billion somewhere. On the approval of scrap materials, things that have been with the corporation for some time and not being used, that is something everything every government does. If the government finds something dilapidated and gone beyond their life expectancy, we cannot continue to keep scraps around the corporation that we do not need.

“We are hoping the indefinite strike will be called off today. We have tried personally to reach out to them so that we can have a reasonable dialogue.”