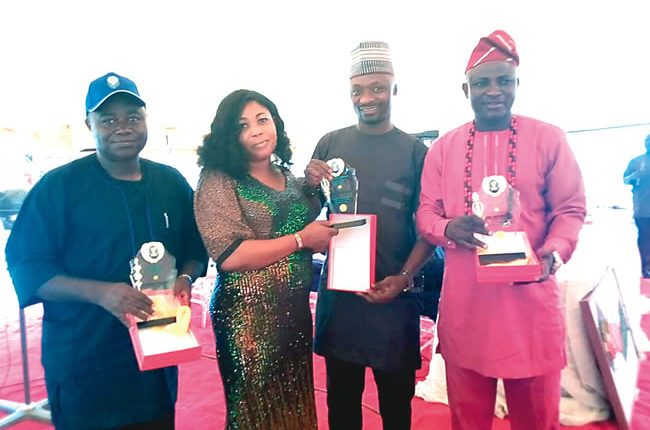 THE Oyo State chapter of the Poultry Association of Nigeria (PAN) has honoured three prominent Nigerians with awards for their immense contribution to the poultry value chain.

While reacting on the recognition, Dr. Faleke, who anchors popular radio campaign titled: Baba Debo, sponsored by Oyo PAN to promote egg consumption, said the award would spur him to do more, urged young people to be creative and be professional in any industry they find themselves.

The broadcaster who was accompanied by his wife, said: “The means a lot to me, I see it as a challenge to even do more with the sole aim of imparting positively in the lives of people. I want to use this medium to admonish young professionals to make endurance their watchword. They should be more professional and creative in their field of endeavour, having it at the back of their mind that if it doesn’t pay today, it will pay tomorrow”.

On his part, Chief Maboreje said: “I’m very happy about it. What it  means to me is to put more efforts on the promotion of agriculture of which I have been doing in the South-west part of Nigeria”.

He also urged the youth to embrace agriculture and take it as a means of employment.

The farmer ambassador said:”Every youth should wake up and see agriculture as a means of surviving. It is an opportunity that is very much available for us to tap”.

In his reponse, Olateru who is also the state’s Chairman of All Farmers’ Association of Nigeria (AFAN), said: “I appreciate Oyo PAN for this recognition and it means that whatever opportunity you have to serve, do it to the best of your ability and don’t expect any reward from anybody. But somewhere along the line, some people that are feeling your impact will remember you”.

Ogun to raise about 6 million broilers to boost livestock production