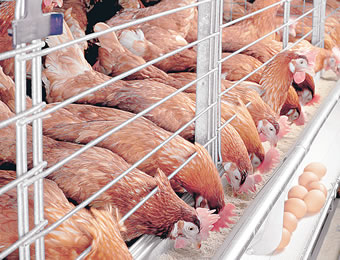 A call has gone to governent at different levels to support the poultry sub-sector in order to explore the potentials abide in the important industry of the Nigerian economy.

Chairman of the Poultry Association of Nigeria (PAN) Oyo state chapter, Mr. Gbemisoye Agboola, who made the call in Ibadan said that the government refused to support the poultry industry due to the belief that the sector is being driven by big players.

While describing this conclusion by government as erroneous, Agboola called on the government to support the local poultry players, as it was foreign firms who had dominated the industry due to the favourable credit facilities they enjoy from their countries of origin.

To adequately turn around the sector, Agboola urged the government to support farmers with loan facilities, and ease the processes involved in accessing facilities from the Anchor Borrowers’ Programme (ABP), most especially in southern Nigeria.

Agboola, also pointed to the fact that domineering countries in the sector are already upscaling Egg Powder Production, with the product in high demand in beverages and food processing industries.

Sadly, Nigeria spends billions of dollars in importing egg powders a product which she has the capacity to upheave. The PAN Chairman, however, identified that the trend had to be halted to push the sector post-COVID-19.

On the leeway, Agboola called for a Public-Private Partnership to drive the establishment of egg powder production plants across the country.

“Government and the private sector should collaborate to establish egg powder production plants, so as to save the losses incurred by farmers during egg glut, and also increase production, for industrial uses.

“Egg powders can also be exported to neighboring countries, who also consume the eggs produced from our country,” the chairman proffered.

The poultry don further revealed that asides egg production, the poultry industry was also packed with enough economic potentials such as the production and processing of meat [chickens and turkeys].

He said some facets of the poultry industry had remained untapped, including the feeds and fertilizer industry, which played an intrinsic role in the development of poultry.

The chairman further advised that to boost agriculture in Nigeria, practising commodity farmers must be entrenched into various agricultural committees, as bespoke policies were vital to the growth of the sector.

With the effect of COVID-19 impacting most Nigerians, poultry farmers have been unable to sell off their products, with egg producers battling egg gluts and deaths of poultry animals.

Agboola finally implored the government and civil organisations to assist these farmers by buying off their products and include them in the palliatives distributed to citizens, as well as the Home Grown School Feeding Programme.

INEC to redesign polling units to comply with COVID-19 regulations