Islamic News
By Saheed Salawu and Muhammad Sabiu On Nov 15, 2019 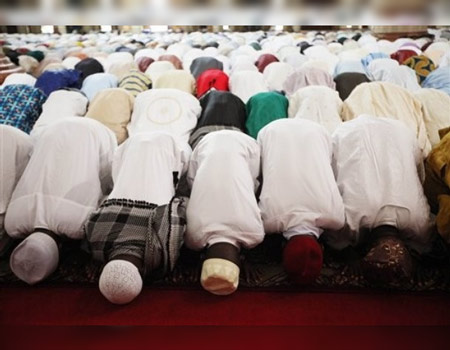 MUSLIMS have been urged to follow in the footsteps of Prophet Muhammad by being fair and peaceful in their dealings with others.

This plea contained in a statement in Ibadan by the chairman of the Muslim Media Practitioners of Nigeria (MMPN), Oyo State chapter, Alhaji Ridwan Fasasi, on the occasion of this year’s Maolud Nabiyy.

Alhaji Fasasi described peaceful coexistence as part of Islamic ethics as Prophet Muhammad, as a leader in Madinah, did not only live peacefully with others but was just to them, irrespective of tribal or religious affiliation.

He said one of the teachings of the Prophet is neighbourliness as people living close to one are supposed to be allies and being kind to them would bring about harmonious living.

The MMPN chairman noted that the message brought to mankind by Prophet Muhammad is peace and, therefore, no adherent of Islam should engage in actions that could threaten the peace and stability of anyone.

Alhaji Fasasi explained that if Nigerian leaders could emulate the virtues of Prophet Muhammad, which include honesty, selfless service, love, kindness, equality, fairness and God-consciousness, the country would be among the comity of developed nations.

He implored leaders in the country to engage in righteous deeds at all times and be conscious of the Day of Recompense when they will be called to question on their stewardship by Allah.