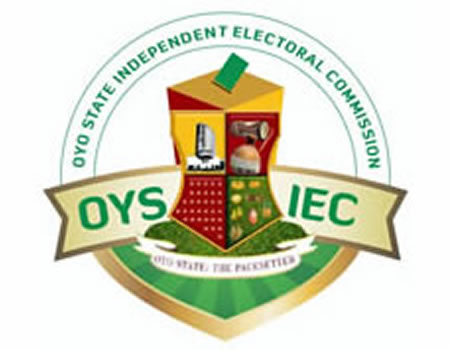 Share
The Oyo State Independent Electoral Commission (OYSIEC) has assured of equal treatment of all political parties in the May 15 local government election in the state.
This is as the commission assured of non-partisanship and fairness, noting that Governor Seyi Makinde, despite setting it up, had allowed its independence.
OYSIEC chairman, Isiaka Olagunju, represented by OYSIEC commissioners, Mr Emmanuel Olarenwaju and Mr Afeez Adeniyi stated these while addressing members of Action Democratic Party (ADP) which had its primaries in preparation for the forthcoming local government election in Oyo State.
Speaking, Olagunju assured all political parties that the commission was committed to free and fair election come what may.
“It is not possible for us to be biased. As we all know, the governor is empowered by law to constitute an electoral commission and Governor Seyi Makinde has not done beyond establishing the commission. It is an independent commission which is not under the control of the governor.
“So, I can assure you that we are keen on ensuring that all political parties are equally treated as we want them to participate fully and the Action Democratic Party has done that in ensuring that they conducted their primary election in a peaceful environment.”
Speaking at the event, Apostle Dare Ojo, Chairman, Action Democratic Party (ADP), Oyo State, assured that the ADP was ready to take part in the election and was ready to kick off campaigns for the forthcoming local government elections.
Ojo said: “We have met with the OYSIEC chairman and other commissioners, we have been assured of credible and fair election.

“ADP is ready to take part in the election, we have done our primaries and OYSIEC is happy with the way we conducted ourselves.”