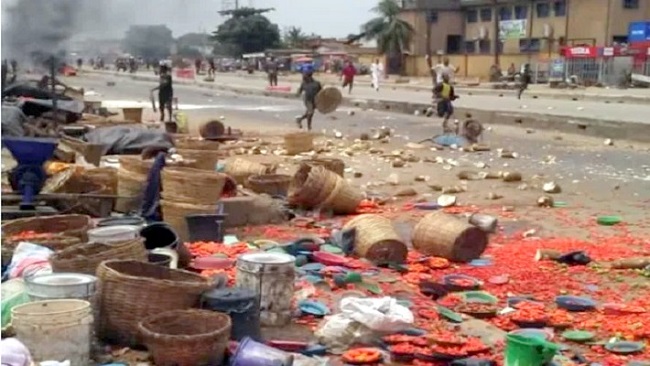 Following violence between Yoruba and Hausa at Shasha market, Ibadan, the Oyo State government has ordered the immediate closure of the market.

This is as a curfew to run from 6 pm to 7 am was imposed on Shasha and the market area.

A statement by the Chief Press Secretary to Governor Seyi Makinde, Mr Taiwo Adisa, indicated that the governor gave the order of indefinite closure of the market to forestall breakdown of law and order in the area.

The statement urged residents of the affected area to go about their legitimate businesses peacefully, adding that anyone caught perpetrating violence will face the wrath of the law.

The statement read: “His Excellency, Governor Seyi Makinde has directed the immediate closure of Shasha market indefinitely following reports of a breach of peace in the area.

“The governor has also approved the imposition of a curfew on Shasha. It will run from 6 p.m. to 7 a.m.

“Residents of the affected area are enjoined to go about their legitimate businesses within the hours stipulated by the law.

“Anyone caught disrupting the peace of the community will be made to face the wrath of the law.”

The surprise visit made on Friday night by the leaders of the ruling All Progressives Congress (APC) to former President Goodluck Jonathan at his residence in Abuja triggered a stir in the major political camps, resulting in at least four possible theories..Oyo shuts Shasha market  Oyo shuts Shasha market