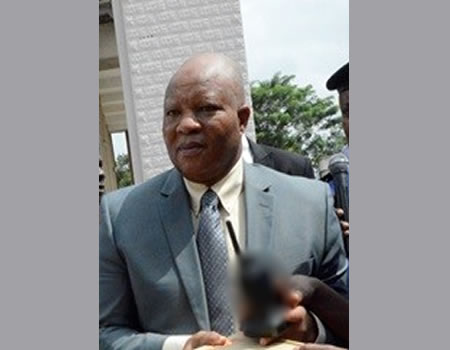 The Oyo State government is set to reconstitute the board of trustees of its security trust fund, Oyo State Security Trust Fund (OYSSTF) and re-launch its re-branded joint patrol team, Operation Burst to stem the menace of criminal activities in some areas of the state.

The inauguration will take place on Friday and the government has stated that 20 vans will be distributed to the security outfit to aid their effectiveness and efficiency.

The Executive Secretary of the OYSSTF, Mr Femi Oyedipe revealed this on Monday, adding that the board to be inaugurated by Governor Abiola Ajimobi at the Executive Chambers is headed by the Deputy Governor of Central Bank of Nigeria, CBN, Mr Adebayo Adelabu.

According to him, the Operation Burst, which comprises of all the security outfits in the state, is expected to complement the efforts of the police in curbing crimes, adding that the officers of the joint patrol team have been mandated to operate in line with the best practices and in accordance with tenets of their security outfits.

The OYSSTF scribe sated that there will be restriction of vehicular movements at the venue of the re-launch of operation, Idi Arere area of the state, explaining that Mapo to Idi Arere and Bode to Idi Arere will be blocked while those coming from Popoyemoja and Kudeti should find alternative routes between the hours of 8am and 1pm.

“We want to passionately appeal to the people State to bear with us as there will be no road at the venue of the re-launch at Idi Arere. The governor has directed that the programme should be held at the crisis prone area, hence our decision to pick Idi Arere. Roads around the area will be blocked and we enjoin our people to make use of the alternative routes.

“The rebranded operation burst will complement the efforts of other security outfits in the state to curb crime. Our foundation for development is peace and security and we are not ready to negate our responsibilities to protect lives and properties,” Oyedipe stressed.

Osun Police hands over missing child to father in Osogbo