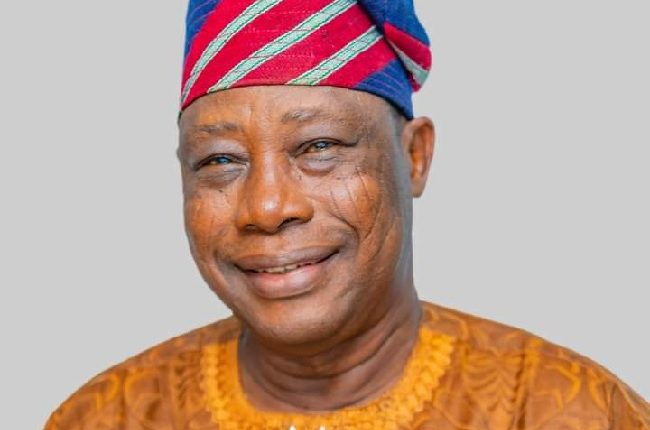 The Acting Governor of Oyo State, Barrister Abdulroheem Bayo Lawal, has declared that land grabbing will no longer be tolerated in the state as offenders now face up to 15 years jail term.

The Acting Governor made this known while inaugurating the Task Force Unit of the real properties law of Oyo State at the Executive Council Chambers of the Governor’s Office, Agodi, Ibadan.

He added that those who aid and abet land grabbers will also not go scot-free, declaring that the State is set to stamp out the menace of land grabbing.

A statement by the Chief Press Secretary to Governor Seyi Makinde, Mr Taiwo Adisa, quoted the Acting Governor as stating that the administration places high priority on the peace, order and security of lives and properties in the state, adding that it will leave no stone unturned in its determination to sustain peace and security.

Lawal explained that the law would protect the rights of property owners, while putting a stop to the nefarious activities of land merchants, who he said, willfully and violently seize people’s land.

He admonished those bent on encroaching other people’s property, most times by using violence, threats or imaginary connection with the powers that be or the use of force to demand fees from real property owners to desist from such acts, as according to him, the law is here to catch up with them.

He equally urged members of the Task Force to put end to the activities of land grabbers in the state.

He said: “I must start this speech by commending the Governor, His Excellency, Engineer Seyi Makinde, who is leaving no stone unturned in ensuring that peace and security of the State is sustained and, indeed, improved upon.

“There is no doubt that this administration places priority on the issue of peace, order and security of the State.

“It is not in doubt, that Oyo State is blessed with very large geographical land mass and because of its strategic location, if properly tapped into, the revenue generation drive of the state will be enhanced.

“Unfortunately, somewhere along the line, land speculators and some lawless individuals who want to reap from where they did not sow, engage in all sorts of antics to disturb and dispossess landed properties from their rightful owners.

“Some of them make use of force to demand fees from the property owners, inflict bodily injury on them, sell another person’s property and stop construction activities with the use of force, to mention a few.

“It is, therefore, worrisome that land owners are now being disturbed on daily basis by the unchecked activities of land grabbers.

“Hence, the urgent need to frontally tackle that menace by properly checking and discouraging it.
“It is against this background that the Real Properties Protection Law, 2016 was enacted. However, the Law has not taken effect due to the fact that the Task Force Unit, which is the operational unit of the Law, has not been in existence.

“Today, in demonstrating the political will of his Excellency, Engr. Seyi Makinde’s administration, the operational unit and powerhouse of the Law is going to be inaugurated. “Inaugurating this Task Force Unit further underscores the recognition of this administration that its primary business is economic growth and maintenance of law and order, in consonance with its four cardinal objectives.

“Land grabbing will no longer be tolerated in Oyo State and under the Law, land grabbers can now be jailed for up to 15 years while those who aid and abet them will also not go scot-free.

“In setting up this Taskforce, we took into consideration several public and private stakeholders in land management and security service.

“The Task Force will be headed by a retired judge of the Oyo State High Court, His Lordship, Honourable Justice O.I. Aiki, a jurist of high repute. “Members of both the public and private bar of the Nigerian Bar Association are included, while officials of relevant ministries, departments and agencies as well as the Institute of Estate Surveyors and Valuers are all included.

“I, therefore, entertain no doubt whatsoever that with the inauguration of this Task Force Unit, real property owners in the State will have a new breath of Life.”

In her response, the Chairman of the Task Force, Justice Olajumoke Aiki (retd), who spoke on behalf of the committee, pledged to protect the rights of property owners, prohibit illegal occupation and violent and fraudulent conduct in relation to real properties in Oyo State.

She said: “On behalf of myself and members of the Task Force unit, I express our profound gratitude to His Excellency for not only granting his approval for the inauguration of this Task Force Unit but also believing in us to be the foundational members of the Force.

“I also extend my immense gratitude to the Acting Governor for granting permission for this inauguration to take place today in the midst of numerous competing tasks.

“Myself and other members hereby pledge our utmost best in the discharge of our duties in the take-off and moving forward of the Task Force Unit.”

She, however, noted that the task ahead cannot be achieved without the firm support and assistance of the government of the state and the cooperation of citizens.

2023: Ondo APC, PDP in war of words over alleged plans to rig elections

2023: Why I am backing Makinde to return as governor ―​​ Olugbon

We are leaving no stone unturned in involving youths in Oyo development, Makinde…