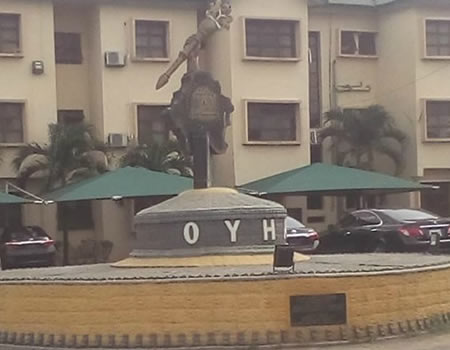 The Oyo State House of Assembly has expressed its worry over the manner in which some persons use harmful chemicals, substances in the processing, production and preservation of foods.

The Assembly members, deliberating on a motion by a member representing the Ogbomoso North State constituency, Honourable Wumi Oladeji, said its worry stemmed from the prevalence of cancer, kidney, heart failure and other life-threatening ailments.

The lawmaker, in her motion, lamented that people use bleach, potash and detergents to process cassava, preserve ponmo and some other foodstuffs.

The motion noted that this is usually done to soften and ferment them in order to maximise profit.

The motion particularly tasked the state Ministry of Information, Culture and Tourism to take sensitisation campaigns to foodstuff markets across the state, warning them of the dangers of preserving and processing food items with chemicals.

The motion further urged the state government to create a special task force to constantly monitor and arrest people engaging in harmful processing and preservation of food items.

She also urged the state’s Ministry of Women Affairs and Social Inclusion and non-governmental organizations (NGOs) to embark on periodic sensitisation programmes on dangers associated with the use of harmful chemicals in the processing of fufu and other food substances.

In his contribution, the lawmaker representing Iseyin/Itesiwaju state constituency, Honourable Dele Adeola, backed Oladeji, calling for proper monitoring, arresting and prosecution of the offenders by the environmental and health task force.

While adopting all the resolutions, the Speaker of Oyo State House of Assembly, Honourable Adebo Ogundoyin, called on the state’s Ministry of Health to set up a task force to arrest those indulging in the use of harmful chemicals in the processing, production and preservation of foods.