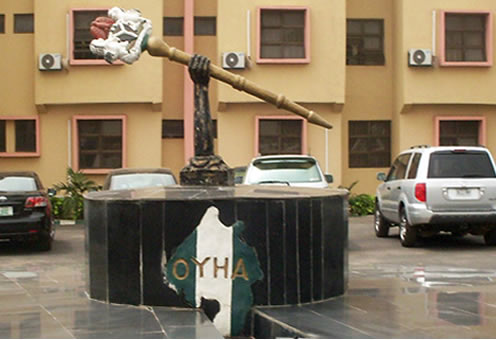 The Oyo State House of Assembly has summoned Executive Secretary, Oyo State Independent Electoral Commission (OYSIEC) and other relevant schedule officers to give an account of the commission’s activities and finances in relation to the conduct of May 12, 2018, local government election in the state.

As contained in a motion presented by Chief Whip of the Assembly, Honourable Hakeem Adedibu, the Assembly will be scrutinizing documents pertaining to payment of non-refundable sums as stipulated by section 10 (e) of the OYSIEC law, 1999 and accounts of the payment for nomination form stipulated in schedule 2, Section 4 (3) (a) and (b) of OYSIEC Law, 1999.

According to Adedibu, the scrutiny stemmed from a lot of confusions on the May 2018 local government election that were not clarified when the OYSIEC appeared before the house during the immediate past budget defence session.

Pointing to pieces of evidence of indictments of OYSIEC during its budget defence, Adedibu held that the invitation of the concerned officials was for them to give clarifications on various issues relating to the conduct of the election in May 2018 into LGs and LCDAs.

The motion pointed out that the Assembly acted in consonance with section 128 of the nation’s 1999 constitution (as amended) which conferred the legislature with the power to conduct investigations into any matter or thing with respect to which it has the power to make laws.

In a counter-argument to the Assembly’s move to scrutinize the accounts of OYSIEC, Honourable Seyi Adisa representing Afijio constituency argued that the since the issue of OYSIEC was in court, the discussion on the floor of the Assembly was prejudicial.

Speaking in a similar fashion, Honourable Jacob Abidoye representing Oriire constituency said the move was to “wizard-hunt” OYSIEC, urging the Assembly to allow the courts conclude all litigations around OYSIEC and the conduct of the May 2018 local government election.

Minority Leader, Honourable Asimiyu Alarape, on his part, declared support for the intent of the motion to probe funds that were unaccounted for when the OYSIEC appeared for the budget defence.

Alarape held that his position was informed by the need to uplift the interest of the state above party leaning.

However, presenter of the motion, Honourable Hakeem Adedibu and Honourable Owolabi Olusola representing Ibadan North East 2 explained that that the Assembly was only examining the account of the commission and not the conduct of the election that was the issue debated in the court.

Toeing the line of explanation, deputy Speaker, Honourable Abiodun Fadeyi held that the Assembly was performing its oversight function as constitutionally permitted for the legislature.

Giving his ruling, Speaker of the Assembly, Honourable Adebo Ogundoyin said the motion was not to witch-hunt but to get right the accounts of OYSIEC.

Meanwhile, the Assembly has also mandated its joint committees on Lands and Housing and Human Rights and Democratic Governance to look into “illegal and fraudulent” acquisition of land by officials of the immediate past administration for “the so-called purpose of state development.”

The member representing Ibadan North II, Honourable Adebayo Babajide had pointed to the need for the Assembly to investigate the alleged unlawful acquisition of lands belonging to individuals and families by officials of the former Governor Abiola Ajimobi administration in a motion presented on Thursday’s plenary.

According to Babajide, the investigation was informed by the fact that the joint committees of the Assembly on Lands and Human Rights had received many petitions on allegedly unlawfully acquired lands in some parts of the state.

The motion noted that many of the affected acres of land had been diverted for personal use by officials of the past administration.

The joint committees were consequently mandated to meet with Commissioner, Permanent Secretary and Director in the Ministry of Lands and Housing as part of its investigation with a view to giving the Assembly a factual report of its findings.

Concerned by the existence of various slaughter slabs outside the Ibadan central abattoir, the Assembly has urged the state Ministry of Agriculture and Rural Development to collaborate with management of the central abattoir to set up a task force in each of the 11 local government areas in Ibadan to ensure the relocation of all butchers to the central abattoir.

This was among recommendations of the report of an Adhoc committee that examined a petition on the cancellation of emergency slaughter slabs at Akinyele Cattle Market, Akinyele, Ibadan.

As presented by Honourable Akintunde Olajide representing Lagelu constituency, the Assembly also charged the management board of the central abattoir to implement measures for the use of cooling vans to ease meat transportation and other related activities of butchers.

Furthermore, the Assembly also tasked the state Ministry of Agriculture and Rural Development to relocate the butchers shed at the Lam Adesina market to ensure that animals are not slaughtered there for commercial purpose.

Is a Career in the Marijuana Industry in your Future?