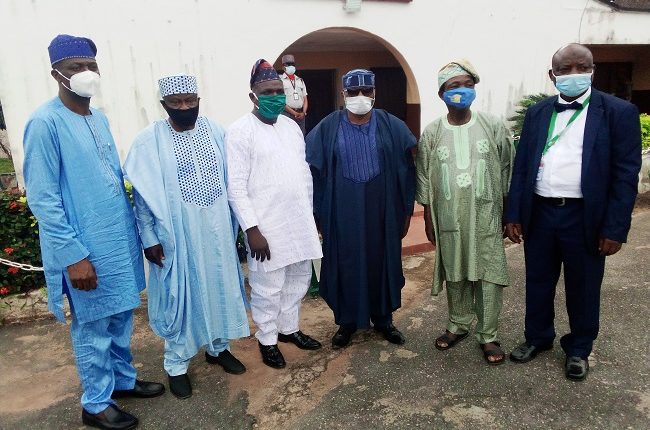 Since the assumption of   Engineer Seyi  Makinde as the governor of Oyo State, his deliberate task on education transformation agenda has ever been in the search for people of wisdom, intellects with integrity in the state who can interpret his dream and the state’s concerted  Road map for education into fruition.

The development has led to the selection and appointment of the following intelligent scholars and business gurus as governing council chairmen for Six of the state’s tertiary institutions in the state.

At the swearing -in and  Inauguration ceremony of the new governing council members and chairmen of the above mentioned tertiary institutions, held at the state Government House recently by the state Governor, Engineer Seyi Makinde, the new governing chairman, for the Oyo State College of Education,  Lanlete, Dr Bisi Ojebola thanked the state governor and the entire members of the State House of the assembly for the honour conferred on them to serve the state at the Governing council chairman capacity level to drive the state tertiary education to an enviable position.

Speaking about his college he said: “What would be in my  council’s portfolio development and transformation agenda in the college for immediate execution are quality improvement in teaching and learning process, increment in student enrolment as well as developing a   strategic means of generating fund to support government subvention to the college.

“  This may not be possible without a concerted effort of the academic, non-academic and the entire management of the institution to effect the desired positive change in the college. The students would also be carried along in the development process in  the institution.  I would also integrate  the college into the communities where the institution is located to seek their   contributions towards the college expansion and  the ultimate goal of creating a student-friendly institution of learning in the state