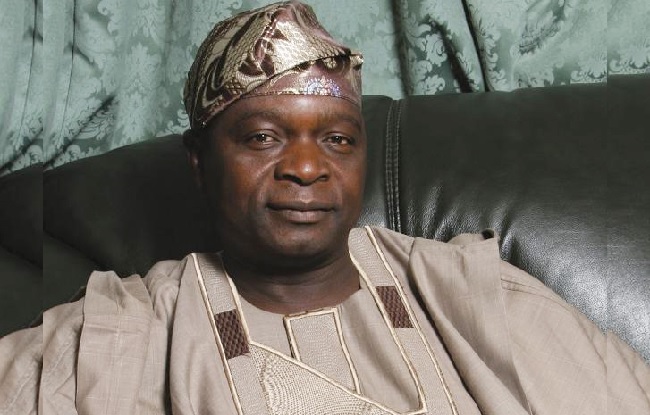 Former Governor of Osun State and Chairman of the Peoples Democratic Party (PDP), South West reconciliation committee, Prince Olagunsoye Oyinlola on Wednesday recorded another success in its reconciliation assignment as he met with all stakeholders of the party from the thirty local governments including the area council of the state to settle grievances among aggrieved party members.

Prince Oyinlola was in the company of his other committee members like Chief Saka Balogun, Ambassador Omolade Oluwateru, Barrister Olayinka Kukoyi, among others met with the state stakeholders at Idea Nest Hotel, Osogbo to placate the warring members of the party and pleaded with them to be united and make the party, a fast-forwarding one both in the state and in the zone.

Speaking with newsmen at the end of the meeting, Prince Oyinlola expressed appreciation to all the party members especially the aggrieved ones for their cooperation and promises to be united and work as a team for the formidability of the party in the state.

He further promised to take some steps that will reconcile every member of Osun PDP, saying, many steps had been taken to make things work well within the party.

The committee Chairman who also stated that tremendous victories had been recorded since the committee had been saddled with the assignments, assured that. In no distance time, the cloudy firmament within the party would become a clearer one.

He described the unity and oneness of the party members as the only panacea to the advancement of the party and thanked them for not letting the committee down.

Oyinlola who stated that the committee had almost finished its assignments in the zone, mentioned Ekiti state to be the only remaining state to visit by the committee members for the same reconciliation mission.

While speaking, Hon. Olasoji Adagunodo, the State Chairman of the party, on behalf of the State Working Committee and State Executive Council of the party expressed his appreciation to all leaders and members of the party in attendance and prayed for their safe journey back home.

COVID-19: Vaccine delivery not in our hands ― Health minister