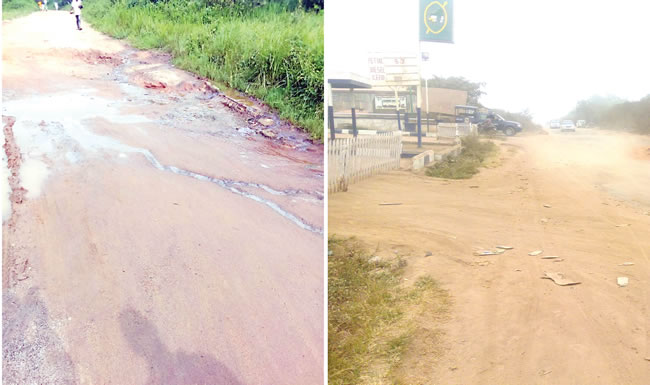 Insecurity has continued to take its toll on residents of Ondo in recent times with heightened incidents of kidnapping. In this report, HAKEEM GBADAMOSI examines the various sides of the sad reality and government’s efforts at stemming the ugly tide.

The Owo/Ikare and Owo/Benin axes in Ondo State are notorious for kidnapping and the routes reportedly becoming a popular abode for criminals who see kidnapping as a lucrative business.  Despite the presence of security operatives on this highway, these criminals are getting bolder in carrying out their nefarious acts, no thanks to the bad roads in the state.

The hoodlums relocated from the Owo/Ikare Akoko road to Owo/Benin highway following the resolve of the Ondo State government to reconstruct some damaged spots on the Owo/Ikare Akoko highway. Local residents in the various agrarian communities have become victims of this horrendous reality.

The dark zone on this axis of the road is the Elegbaka village where the criminals take advantage of the craters and potholes on the highways. The list of the victims is endless: a former captain of the National Scrabble team, Paul Sodje, was kidnapped and killed.

Also, two footballers of the Nigeria Professional Football League (NPFL), Dayo Ojo of Eyimba and Benjamin Iluyomade of Abia Comets will not forget in a hurry their experiences in the den of kidnappers. The two players were kidnapped along Benin /Owo expressway after their clubs declared a two-week vacation. Their abductors demanded N100 million as ransom but were later left off the hook after paying N2.5 million ransom.

The armed robbers some two weeks ago also kidnapped a mother and her three children who were said to be travelling from Lagos to Imoru for an annual age grade festival. They were stopped by the armed men in Elegbaka area and dragged into the bush.

They later freed the mother of three but kept her three children, demanding N50 million as ransom to secure the release of the three victims. As if this is not enough, five people travelling from Lagos ran into the barricade of the robbers around Asabia village, Elegbeka, and were dragged into the bush while the driver of the vehicle was shot.

Kidnapping on this notorious road, however, took a frightening dimension last Thursday, when the traditional ruler of the ancient town of Ifon, the Olufon of Ifon, Oba Isreal Adelusi, was shot dead at Elegbeka.

The news of the attack and subsequent death of the ruler who was returning to Ifon after a meeting of the council of obas, sent the whole state into confusion.

Devastated by the development, the state governor, Rotimi Akeredolu, said the killing of Oba Adeusi confirmed that the country is in a serious security crisis.

That same night, wife of the Chief of staff to governor Akeredolu, Chief Ale, was kidnapped in Owena, Idanre Local Government Area of the state. Mrs Ale was said to be returning from Lagos with a friend when the kidnappers took them away after stopping the vehicle. She was rescued with her friend on Saturday by a joint security force after spending more than 24 hours with the kidnappers. 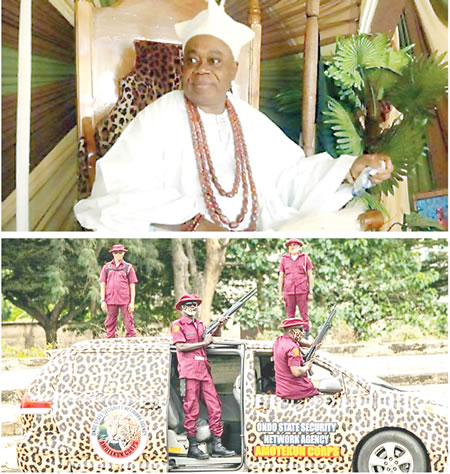 We are no longer safe—Residents

The residents of the Elegbeka area have complained about the incessant kidnapping on the road and blamed the security agencies for not attending to the challenge when it was first noticed.

Speaking with the Nigerian Tribune, Bernice Odunayo, said “It is an open secret; all our security agents know this, yet nothing has happened in terms of taming them. They are setting up new camps on daily basis. Hapless people are abducted for ransom. While some pay for their freedom, others are killed. Empty vehicles are seen daily with their owners abducted. Motorists have become increasingly fearful on this highway because of the growth and intensity of kidnappings.”

Also, Dr. Yahaya Olotu, a lecturer, said at least three of his colleagues were kidnap victims. “This is getting out of hand and if care is not taken, they will be coming to our homes to pick us one after the other. Combined forces of security agents should come together and go after the bandits and kidnappers in their various hideouts. To tame these kidnappers, our military must be proactive,” he said.

A market woman, Racheal Akinnibi said the situation had affected commercial activities in the area.

According to her, “We no longer sleep with our eyes closed. Our market has been deserted due to the activities of these kidnappers and this is affecting our business. We witness kidnapping on daily basis and our government has left us at the mercy of these Fulani herdsmen turned kidnappers. We want to plead with the state government to bring back life to our communities.”

A commercial driver, Wale Adenrele, said he was in a kidnappers’ den for 10 days after his abductors took him and four passengers into the bush along Ago Ajayi on his way to Ikare Akoko.

He explained that he was abducted with four other passengers including a military officer and taken into the bush during the incident, saying “this is a very bad experience. We ran into these kidnappers around 7.25am, and they were all in police uniform. When I saw them, I did not identify them as kidnappers because I thought they were policemen. But when they started shooting, we submitted ourselves to them and we were taken as hostages for more than ten days.

“With the way they handled their weapons, I could say that these people were terrorists. They were well trained. Some of them were in military uniform and could not be more than 23 years old. I’ve stopped plying that axis. Despite the constant arrest of suspects and presence of police officers on the road, the kidnappers continue to have the upper hand so much that commercial transport operators have been avoiding this road.”

A security expert, Abiodun Alade who laid the blame at the doorsteps of the government and security agencies said the kidnappers were treated with kid gloves.

He said “unless a nation gets its police right, its security architecture can’t be right. You can see evidence of complete collapse of intelligence gathering. The police performance is really poor; only occasional successes and this is caused by the over-centralisation of the police. The government should be encouraged to create state police. It will be a stop to this nonsense from these kidnappers.”

He however said that the troubling security situation in Ondo state can be solved using creative intelligence gathering and incentives.

Speaking on the measures put in place to curb the menace in the state, the Commandant of the Ondo State Security Network known as Amotekun, Adetunji Adeleye, said the corps had adopted some strategies to tackle kidnappers in the state.

According to him, the corps established a synergy with local hunters, vigilance groups and other security agencies in the state to fight kidnapping. He said the steps became necessary following the spate of kidnapping in the state, especially in the northern senatorial district of the state.

“We have also called a meeting of local hunters and vigilance groups in Ondo North and this collaboration is yielding results. I want to assure you that kidnapping will soon become a thing of the past in the area. We cannot make our tactics public but I am assuring the members of the public that these hoodlums will be chased out of this state.”

He lamented the killing of the traditional ruler of Ifon recently by the bandits operating in the Elegbeka axis of the state, saying that his men and other security agents have been combing the forest to arrest and chase out the criminals from the forest.

According to him, men of the Amotekun outfit in the state on Saturday rescued three victims who were abducted at the same spot where the late traditional ruler was shot dead. He said the feat recorded was possible through the combined efforts of the local hunters and Amotekun corps who have been combing the forest since the incident happened.

He assured that those behind the killing would also be brought to book, saying security agencies in the state in collaboration with Amotekun are on the trail of the criminals.

“Our men have been going round to secure the release of some people who have been kidnapped. We just secured the release of some three people who were kidnapped at the same spot where the late kabiyesi was shot. The three people were in another vehicle along the same road when they were kidnapped. They were rescued by our team some few hours ago in the forest around Elegbaka. They are still on their way to town after we rescued them,” he said.

We are not resting on our oars —Police

Speaking on the spate of kidnapping in the state,  the police command said police officials from the command were not resting on their oars and have established synergies with other sister agencies.

The state Police Public Relations Officer, (PPRO) Tee-Leo Ikoro, said the state police commissioner has ordered his men to comb every part of the state, including surrounding forests, to ensure that the perpetrators of the kidnap attacks in the state are apprehended and brought to justice.

Ikoro said “the result of which was the rescue of some kidnap victims and this would not have been so easy without credible intelligence gathering and the support of the good people of Ondo State. It is so obvious that the people of Ondo State and other security agencies in the state are police friendly. With this kind of support in information sharing, I’m sure there will be no hiding place for criminals in Ondo State. I want to reassure the public that Ondo is safe and the police have reinvigorated its crime-fighting strategy to ensure the protection of lives and property in the state.”

He said the command “commenced a discreet investigation in unraveling those behind the killing of the first class traditional ruler in the state. The command wants to reaffirm its commitment to the protect lives and property by deploying proactive security measures that will nip this crime in the bud.”

We are under siege —Ondo farmers lament