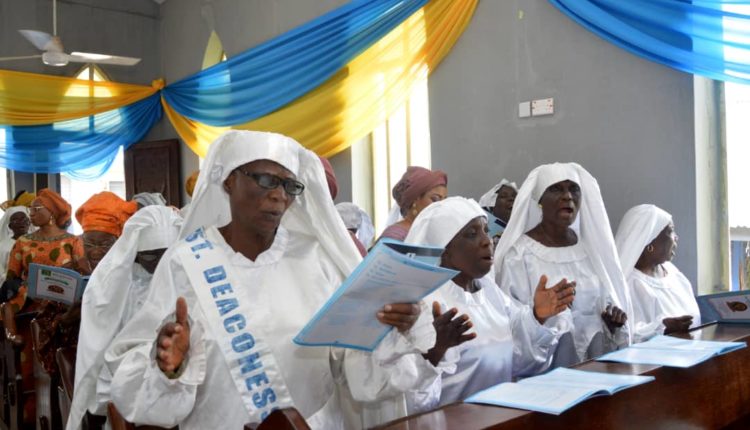 Christians and Nigerians at large have been admonished on the importance of thanking God specially against all odds as a nation and as individuals as it is imperative to thank God for the survival of the coronavirus pandemic and the recent #EndSARS crisis.

The guest minister at the 80th anniversary thanksgiving of the Holy Folk of Christ Church, Ibadan District 4 headquarters, at Foko Amule, Ibadan, Oyo State, Superintendent General (Dr) Ebenezer Olugbile stressed that Nigerians irrespective of religion, tribe and colour should not be ungrateful of God’s divine protection and intervention for Nigeria not to be consumed by its many challenges.

“The celebration of the success journey of the church and the grace for our existence against all the challenges we have encountered since the beginning of this country is worth celebrating. God preserved our lives and as a result of this, we must give thanks to Him. This is not limited to Christians; all humans that have overcome all the terrifying challenges are indebted to give God gratitude,” he said.

Reflecting on the events that shaped the outgoing year, the cleric, from Holy Flock of Christ Church, Ipaja, Lagos, stressed that God, indeed, showed His supremacy and beat human imagination, hence he urged Christians and Nigerians at large to commit the remaining days of 2020 and the incoming year to God.

“I advise everyone to put their only hope in Christ and do away with predictions and prophecies. Inasmuch as we surrender all to God, even the coming year will be better off. I am not saying prophecy is not important, but I want to advise people to always apply wisdom and faith in it,” he added.

In his goodwill message, the spiritual head of the church, Most Venerable Josiah Adefope, represented by Venerable Segun Bailey, congratulated the church on the success of the anniversary, just as he urged Christians at large remain steadfast and be grateful to God for His wonders upon mankind.

Who created God: Man or God?