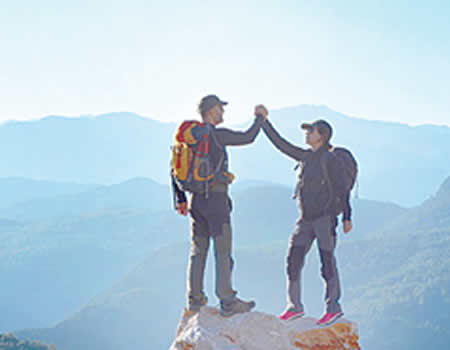 ViewRanger, which is based in Cambridgeshire, in the UK, is a GPS navigation app which runs on iPhone, iPad, Apple Watch, and Android smartphones and watches.It is used by more than 4.6 million explorers around the world to plan, navigate, and share outdoor adventures.

ViewRanger also works with more than 600 organisations – including national parks and major outdoor brands – who publish and promote route guides through the app; and is used and trusted by more than 500 Search and Rescue teams across Europe, the US and Canada.

Hartmut Wimmer, the Founder and CEO of Outdooractive, commented, “Our two brands complement each other perfectly and we have already been working closely with ViewRanger to consolidate our combined routes and showcase additional destinations to a wider community of subscribers across both platforms.

“Our users share a passion for exploring and enjoying the outdoors. By bringing together insider tips from travel writers and tourism partners with recommended routes from publishers and other enthusiasts, we help them to plan their adventures.

“As such, Outdooractive is becoming the platform of choice for international outbound operators and outdoor enthusiasts wanting to connect with specialist outdoor trade partners, national and regional tourist boards, as well as agents and other professionals.

Craig Wareham, the co-founder of ViewRanger said, “Integrating our technology with the Outdooractive platform, not only improves the user experience, but adds significant value, to trade professionals looking for a comprehensive resource.”

The outdoor adventure market in Europe and the UK, is expecting major growth, as social restrictions, in the wake of the COVID-19 outbreak, are gradually lifted. Initially research suggests that staycations and local tourism will be the first to recover, but given time international visitors will want to experience the great outdoors as well.

“We firmly believe that healthy activities in tranquil open countryside, staying in small family-run guesthouses and hotels, will be in great demand, and offers a more sustainable alternative to busy beach resorts and other mainstream attractions.

According to the CBI adventure tourism in general contributes greatly to local economies, with approximately two-thirds of the money spent on adventure travel staying on location. This can reach up to €350 per day per visitor on average and experts predict that the European market will grow by an average annual rate of over 20%. The Adventure Tourism Trade Association (ATTA) estimated that the global market was worth €580 billion in 2017.

Outdooractive has also recently announced the acquisition of mountNpass, the market leader in France for cycling tourism. Its digital cycling network includes 8,000 recommended cycling routes and 120,000 subscribers an exciting addition for keen cyclists.