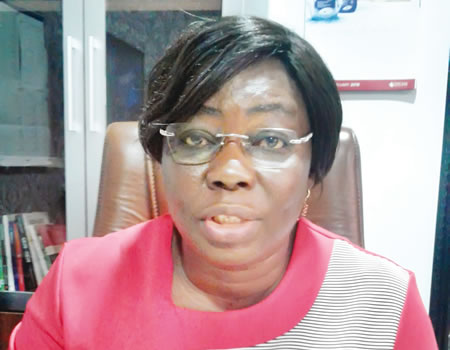 THE nation’s outdoor  advertising sector was, again, in the news, recently, albeit for the wrong reasons.  What could, ordinarily, have passed for a lewd musical video, again succeeded in eroding the equity of the nation’s advertising, especially its outdoor sub-sector, which has, in recent times,  been swimming in ‘troubled waters’.

A mobile truck, with the number plate APP713|XL  was, recently,  spotted around Lekki /Ikoyi Toll Gate,  displaying  video images of some  half-clad ladies,  dancing seductively to some form of music.

Perhaps, this would have been passed off as one of those  lewd musical videos,  from the nation’s music scene, that  constantly assault the moral sensibilities of Nigerians,  but the connection to the nation’s advertising industry was just too strong for stakeholders to ignore.

For instance, the mobile truck in question, belonged to an outdoor advertising firm, whose membership of the umbrella body in the sector, the Outdoor Advertisers’  Association of Nigeria (OAAN), still remains as  controversial, as the video itself.

First to react was the newly- elected president of OAAN,  Mr. Emma Ajufo.

Ajufo, in a chat with Brands & Marketing, was  quick to  dissociate  the association and its members from the video, describing it and the agency in question,  as  morally bankrupt.

According to him, the agency involved is never a member of OAAN and could not have been engaged in such unprofessional practice, if it had been a member.

“We have our way of checking all these things and ensuring that standards are strictly adhered to. OAAN is a responsible association and our members are disciplined and would not be involved in unprofessional campaign such as seen in the viral video.

“In strong terms, we condemned with all sense of sincerity the indecent advertising campaign and its contents. We, as an association, do not subscribe to the show of shame on the streets of Lagos by ladies dressed in nudity.

Former Chairman of the Advertising Practitioners Council of Nigeria (APCON), Mr. Lolu Akinwunmi, was more scathing in his reaction. He would rather see  the development as a cultural aberration, which must never be allowed.

“We are not liberal enough to openly accept them yet. It’s not about religion. We are not prudish. Many may be doing it, but they don’t represent the general opinion. Our culture just isn’t just that permissive yet.

“I am a pro. And I think I am also quite liberal because of my outlook and what I do. But no society operates in isolation of its greatest stabiliser: its culture. It’s not about the display being wrong or right; it’s about a cultural fit or not; it’s about being appropriate or not,” the former APCON boss argued.

Prior to that, the Lagos State government, through its outdoor advertising regulatory agency, the Lagos State Signage and Advertisement Agency (LASAA) had expressed its reservation on the video.

Besides condemning  the act, the agency,  through its Chief Executive Officer, Mr. Mobolaji Sanusi,  added that it had withdrawn the operating certificate of the agency in question, and would be ready to invoke stiffer sanction, after investigations into the issue must have been concluded.

The apex regulatory body in the industry, the Advertising Practitioners Council of Nigeria (APCON),  also pitched its tent with the league of those condemning the act.  The agency described the video as ‘repulsive and indecent’,  noting that  such act violates the decency and ethics of the profession.

“APCON strongly condemns the advertisement which is grossly indecent, disrespectful to Nigeria’s culture and prepared with little or no sense of social responsibility. It violates the common principles of decency promoted in the Code of Ethics of advertising practice and unnecessarily exploited and depicted unwholesome sexual behaviours,” the apex regulatory body, through its Registrar /Chief Executive Officer, Mrs Ijedi Iyoha, argued.

Interestingly,  in spite of the all-round condemnations the mobile musical video has continued to receive from industry stakeholders, not a few however believe that the recent development has, again, succeeded in stirring fresh controversies, in the outdoor advertising space.

For instance, the eligibility of individuals and agency, eking a living in the sector, still leaves much to be desired, some stakeholders have argued.

Besides blaming the firm, whose truck was used for the video, Ajufo  believes that  LASAA must share in the blame.

According to the  OAAN boss, if LASAA had been working in tandem with the association before certifying any individual or firm, in the state, such ‘sacrilege’ would have been  avoided.

“What this simply means is that there is the need for the state’s agency to always involve the association, whenever it is thinking of certifying any individual for outdoor practice in the contry.

“ For instance, our hands are tied now because the erring agency is not part of us,” he added.

It is a common knowledge that the outdoor advertising space in the state has, in recent times, been dominated by  firms, whose membership of OAAN is yet to be regularized,  despite controlling plum outdoor spots in Lagos.

For instance,  not too long ago, the association was at daggers drawn with a foreign outdoor advertising firm, JC DeCaux and another indigenous firm, Loatsad, for being actively engaged in outdoor ad practice, without registering with the association, or being certified by APCON.

Besides, not a few  are, again, quick to attribute the latest development to the  refusal of the federal government, through its information ministry, to constitute the APCON  council.

APCON, the apex regulatory body in the nation’s advertising industry, had been without a council since the  first term of the incumbent government at the centre.

“An APCON, without a council, will continue to spell doom for the industry,” argued an advertising practitioner, who would not want his name in print.

While the practitioner believes the present leadership of APCON has been trying its best to regulate the industry, he however believes lack of a council would always hinder an effective execution of policies by the agency.

“That was why JC Decaux, a foreign firm, was able to stroll in and ride roughshod, without anybody calling it to order. If a council had been in place to continue with the reforms, started  by Lolu Akinwunmi, the APCON Chairman, then, what we are seeing to day, would probably not have happened,” the practitioner added.

Ajufo is, however,  optimistic that the industry will bounce back. He sees the recent development as capable of serving as a learning curve for the industry.

“Definitely, there are lessons to be learnt. The present development should serve as a learning curve for us in the industry. For instance, it simply shows that the critical stakeholders can not continue to work in isolation.

“ I think LASAA and other regulatory bodies in the industry must be ready to synergise with relevant associations in the industry. That is the only way we can avoid this type of negative development,” the OAAN boss stated.

His optimism may not be far-fetched if the federal government decides to do the right thing in its second coming by appointing a council for the most apex regulatory council in the industry.

Perhaps, it is imperative too for LASAA to see other stakeholders, especially OAAN, as partners, rather than a group of practitioners, whose only relevance is the amount of revenue they generate to the coffers of the state.

We are poised to redefine customer service in paints —Berger Paints