Our mandate is to reduce crashes, fatalities by 35% on Nigeria roads ― FRSC 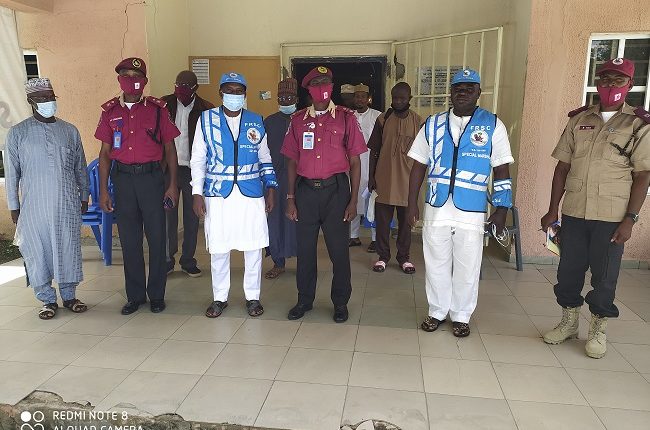 The Federal Roads Safety Corps (FRSC) has declared that its mandate is to ensure that road crashes are reduced by 15% while fatalities from the crashes were reduced by 20% yearly until the two are reduced to the barest minimum on all roads.

The disclosure was made by the Zonal Commander FRSC Zone 12, ACM Umar Ibrahim while speaking to journalists in Bauchi on Monday lamenting that investigation has revealed that most of the road crashes were caused by over-speeding coupled with reckless driving on the roads.

He added that another traffic problem is that of overloading by motorists thereby endangering lives of commuters pointing out that a situation where goods, animals and human beings are jammed packed together in a vehicle is more dangerous on the highway.

ACM Umar Ibrahim particularly said that the offence of overloading is rampant in the North most especially on market days when people are packed with goods and animals saying that when such vehicles are involved in a crash, the fatalities are usually high.

He then warned that officials of the FRSC will no longer tolerate such offences advising offenders to have a change of heart in order to minimise fatalities on the roads stressing also that very soon the corps will start enforcing the installation of speed limiter in all vehicles plying Nigeria roads.

In his response, Chairman of the Bauchi State Council of Nigeria Union of Journalists (NUJ), Umar Sa’id commended the FRSC for doing its best to reduce carnage on the roads stressing that with the activities of the Corps, the rate of crashes and fatalities would have been in the increase.

The NUJ Chairman also called on the FRSC to be more proactive in the discharge of its duties on the roads stressing that officers and men of the Corps need to be more vigilant in ensuring the safety of the road users assuring that the NUJ will complement in the area of public enlightenment.

To complement the efforts of the corps, the NUJ Chairman has directed that henceforth all vehicles coming into the Press Center must be checked to be roadworthy while the drivers have valid driver’s license.