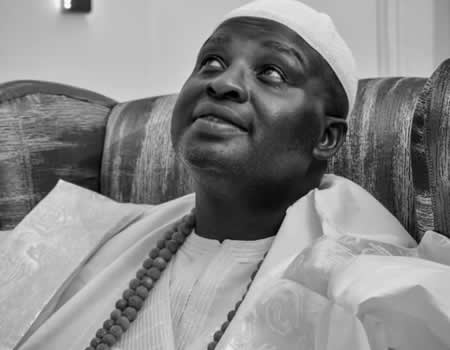 Prince Adekunle Adeagbo, from Ile-Iyaba Ruling House of Otun Ekiti has been appointed the new Oore of Mobaland.

The announcement was contained in a press statement issued in Ado-Ekiti, over the weekend  by the state’s Commissioner for Information and Values Orientation, Honourable Muyiwa Olumilua, at the end of the State Executive Council meeting.

Olumilua explained that the declaration followed the approval of the appointment of Prince Adeagbo, by the state government, as successor to HRM Oba James Adeyemi Popoola, who joined his ancestors on October 21, 2019.

Prince Adeagbo had earlier been nominated by the community’s kingmakers, as the new traditional ruler.

“The council also approved the appointment of Prince Adekunle Adeagbo of Adifagbade ruling house, Ile-Iyaba, of Otun-Ekiti as the new Oore of Otun-Ekiti, following his nomination by the kingmakers,”Olumilua stated.

Born 52 years ago in Ibadan to the family of Prince (Hon.) Samuel Adebowale and Lady Janet Adeagbo, the new oba-elect is a graduate of Economics from the Obafemi Awolowo University (OAU), Ile-Ife.

While expressing his gratitude to God, the community’s kingmakers and the state government for being counted  worthy to lead the community,  the new oba- elect  also called on other contenders to support him in his task of taking Mobaland to greater heights.

After separating with wife over childlessness, man sets apartment on fire, commits suicide

It is time to have a monarch ― Fiditi youths