Friday TreatTrending Now
By By Rotimi Ige On Sep 7, 2018 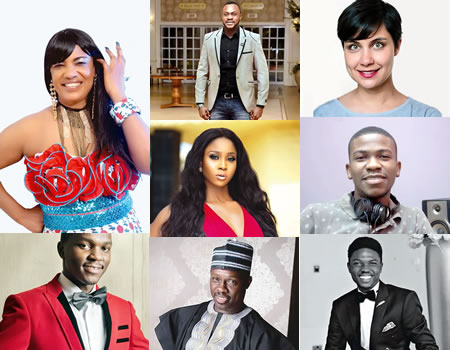 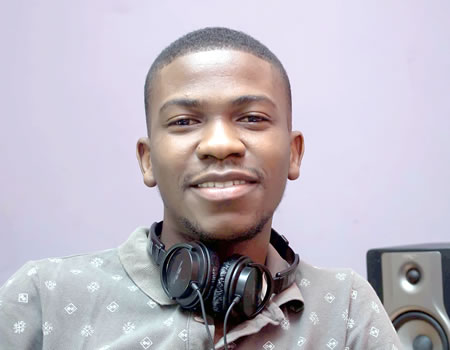 What does this award mean to you?

I’m a film composer and sound designer in Nigeria.  I won an award on best sound editor for the movie ‘TATU’. The award is a stamp of validation that what we are doing is in the right direction and we are making a lot of progress in achieving that. Also, I believe the sound in Nollywood will always get better.

What do you think of African movies going forward?

I think African movies will only get better and recently, we’ve seen a lot of boundaries being pushed in filmmaking in Africa and I believe we can always get better.

Here today are a lot of African brothers and sisters. This shows that this award is pushing that narrative forward. What is your message to the government and your colleagues in the industry?

I will say this is to show that we should keep at what we are doing, it more or less like we are being encouraged and a grand message is being passed across to technicians out there that they can do more. 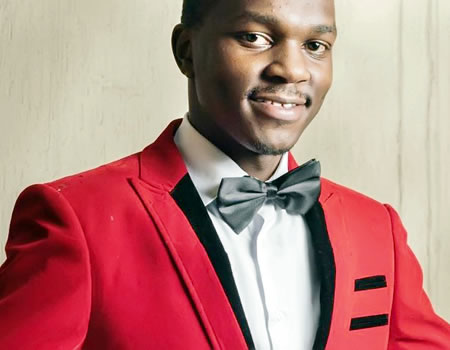 Are you from Kenya?

Can you tell us the challenges of the film industry in Kenya and across Africa?

Well, the main challenge is funding and getting people to invest in your film. I think it’s all stems from the kind of films that we try to do. I believe that if the film makers take risk in the genre of movies that they try to do, it will attract investors and they will take risks in funding our films as well.

Tell us about the movie you have made?

It is called Neophobia, I was the writer, director and editor. Basically Neophobia is the fear of new things. The film got to screen at the Cannes festival in France which was the only African short film that was screened in 2017 last year and I’m very grateful for that.

So going forward, how do you see the African film industry?

I think it’s really improving especially my experience with the people I’ve met here in Nigeria. We have our own and we try to communicate our own which is not something you can find in Europe or in Hollywood and I believe we are on the way forward. 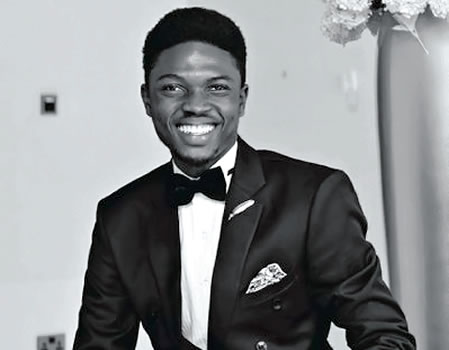 Tell us about your movie

‘Penance’ is a film to address stereotypes. It depicts challenges where people just assume who a person is from just meeting them and I tried to tell the story of a priest who was also a murderer. The movie is an open ended film because I’m hoping to make a sequel to it but there’s a lot of suspense and tension.

From what you have seen here today, what does it tell you about the film Industry in Africa?

One word that I’ll use in describing everything I’ve seen here today is growth. I’ve been following the AMVCAs from when I started getting actively interested in film since 2015 and I think it’s getting better by the years. I hope that the same effort is put into film making, funding and the sponsoring of films by investors because I think film is a very powerful tool to influence a lot of things from politics and religion to unity because it can produce a lot of change if properly distributed across the country.

What do you have to tell other young writers?

Personally, I dedicate this award to other young filmmakers and my colleagues from the class that we attended to make the film. It’s almost as if the baton is being passed onto us and we have to raise the bar because the people that we look up to now also received the baton from an older generation and they set the standard that we have today. So, for other young film makers I want them to know there are challenges and hurdles but it is very important not to give up, they should keep making film. There is something I always say, ‘shoot, edit and repeat it’ so when you keep doing that you get better until you get the recognition that you deserve. 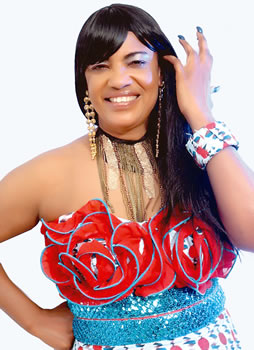 You are a costumier, how does the film industry improve fashion and costume?

In costuming for instance, it portrays the details of Africa, which is in our culture and what we are doing here is the nature of what our forefathers put together. We just put it out in a different light.  For example, you see the Calabar heritage, also the ethnic people, when the western world comes here, we don’t just sell another image to them.  We sell them the deep roots of African culture and if we sell this on a larger scale to the outside world it will be a global market.

How many times have you won this award?

This is the second time.

What’s the secret to winning?

The secret is hard work, dedication, the tenacity to never give up and always know that you can achieve. Don’t sit back and assume that you’ve gotten it, because there’s always a bar. You have to raise the bar high so when you fall, definitely you fall amongst stars.

Finally, the film industry is growing, what has been the challenges and the prospects?

The challenge is usually the same thing everywhere, no sponsors! We go to the nooks and crannies to see how things pan out but due to the opportunities to travel out, we see how the structure is. It helps out but in Nigeria finance has always been the same problem which also  cuts across. We have a fashion house like costume prologue in Nigeria and I think it’s about the biggest we have here and we are putting in efforts to be like our European counterparts where we will have a whole story building full of costumes. That’s our target for the industry. 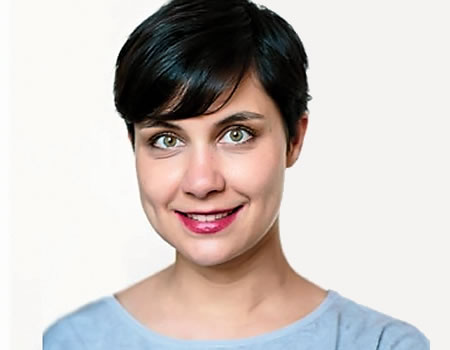 What does it take to produce indigenous movies in Africa?

It takes everything; mental, financial and physical capability. This movie took about a year and a half to finish. It took everything from me.

What’s the title of the film?

The movie is called ‘Super Modo’ and it is about a little girl who is dying of cancer and dreams of being a superhero. The family and the community decide to make her dream of becoming a superhero come to life. 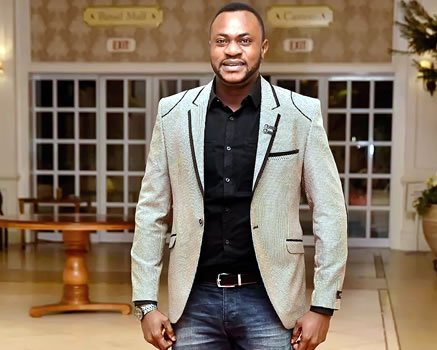 Not many know that I have been acting for 22 years —Odunlade Adekola, (AMVCA Award for Best actor in a movie/comedy)

What does this mean to you?

It speaks a lot to my career, it’s not an easy task to make people laugh and also have a great time. Sincerely, I feel very good.

You came into this industry at a time where it was populated as we have had a lot of people doing great things. How do you feel with the kind of acceptance you got in a short period, not forgetting that the industry was difficult at the time.

Okay, let me correct the impression that I came into the industry when everywhere was ‘loaded’. I joined the industry in 1996, that’s about 22 years ago. The movie industry wasn’t as big as it is at the time. So I didn’t just come into theatre, I’ve been here for quite a while but I still give glory to almighty God because you can’t achieve anything without the power of God.

So, after the AMVCAs, what awards are you looking forward to winning? 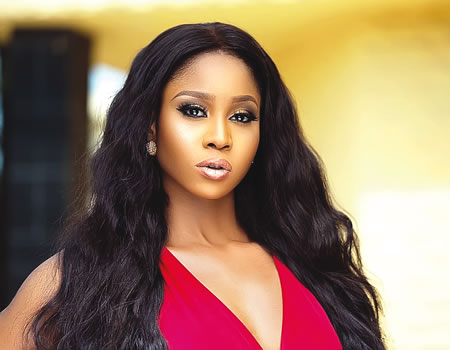 Were your expectations met with what you saw here today coming to the AMVCA and how inspired are you?

AMVCA is always an inspiration I attended last year as a guest and to watch people come on the stage to receive awards is very inspiring.

I hoped that one day I’ll get to also be recognised because we can’t ignore that fact that the AMVCAs is like the Oscars in Nigeria.

I don’t try to base my  success on awards but it is also encouraging to know that people are watching and are paying attention and that’s all AMVCA is to me.

How can we double the growth of movie industry in Africa?

Through collaborations, like what Lola is doing in Kenya. It’s not just about Nigeria, not just about South Africa, it’s about the whole of Africa as a whole coming together to tell our stories and bring different ideas from different cultures.

It will, no doubt, make us powerful as a continent.  For example, Lola is in Kenya right now, working with Kenya film organisation, this is a Yoruba Nigerian wife with a Kenyan husband and we merge both cultures.

It has extended the reach to both East Africa and West Africa. 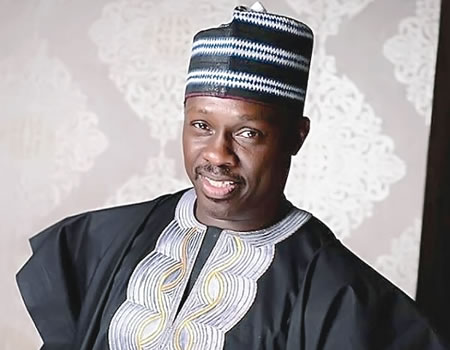 Tell us about the movie.

The movie ‘Mansoor’ is basically about children that are born out of wedlock. It portrays the way they are treated and the movie also goes to show that this children are not to be blamed for whatever happens in the marriage because they just victim in the sense that the negative effects falls on them.

With what you have seen here today what do you think is the step forward for indigenous language?

I think Africa Magic is doing very well by encouraging indigenous filmmakers but I still want to plead that this industry (Kannywood) should be included in all categories i.e the technical category should be in contention because you get to see some very good movies but they restrict them to just indigenous category which I don’t think is fair.

I think they should spread across and get some nations in other categories.