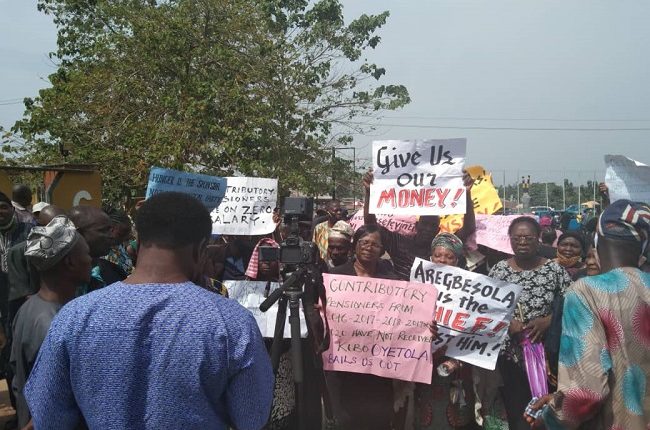 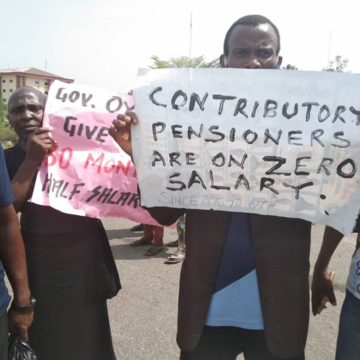 Pensioners in Osun State, on Monday, trooped out in scores to protest the non-payment of their 30 months outstanding salary arrears and pension owed by both the immediate past administration led by Rauf Aregbesola and the present administration of Mr Gboyega Oyetola.

Armed with placards with various inscriptions that read: “We are tired of the way government is treating we pensioners in the state”, “We have children as those in government have their own children, how do they want us to take care of our family members when they refused to offset our outstanding arrears”, the protesters also sang anti-government songs and frowned at what they described as lukewarm attitudes of the government on their plights.

Strange disease: No death in Kogi, all casualties recorded in Enugu ― Kogi govt