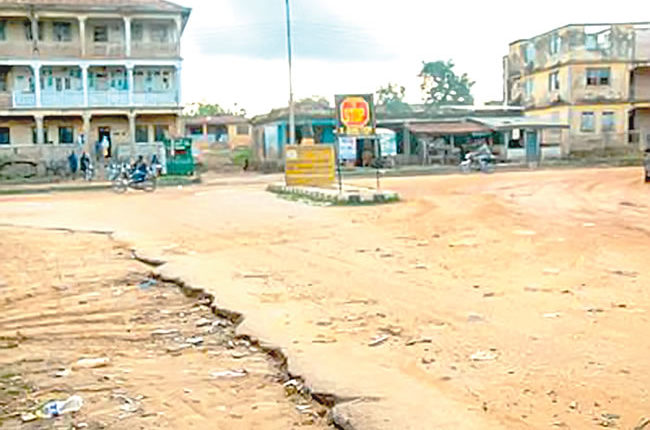 Poor condition of roads has been a major challenge to many communities in Nigeria despite series of efforts by all tiers of government to make a difference. And Ejigbo, the headquarters of Ejigbo Local Government Area, one of the oldest local government areas of Osun State, is not an exception. For a while, the people of this community had complained about the challenge of bad road, especially the state of disrepair of the Ede-Ejigbo-Ogbomoso boundary road which affects movement in and out of the town.

It was, therefore, not surprising that the people couldn’t hide their joy at the news that their trouble would soon be over in terms of commuting. This is due to the fact that in fulfillment of his electioneering campaign promises to meet the infrastructural needs of the people of the state, the governor of Osun State, Gboyega Oyetola, has approved and awarded the reconstruction of 3.8km Ejigbo township roads for immediate reconstruction.

The award of the reconstruction of the road, according to people in the community, will make life easier especially since there is an order from government that work should commence immediately as the rehabilitation of the road will resuscitate some dead economic activities within the state.

A community leader in Ejigbo, Olufisayo Kadejo, said the community is happy that the governor did not forget his promises to make life better for the people in terms of infrastructure.

“We are blessed that we have a governor that doesn’t forget his people and is concerned about our welfare. The roads when completed will make life easier for us and go a long way in making economic activities easier.

“Many people have stopped taking their farm produce to neighbouring communities because of the stress. With this development, activities will pick up again and commerce will be boosted,” he said.

Speaking on the development, the Commissioner for Works and Transport, Oluremi Omowaiye, said work on the road would be done without any form of delay as it would be given the required priority. He said that the government of Gboyega Oyetola had from inception focused on ensuring that network roads in the state are put in good condition to relieve the stress of inter-town movement for the people.

“The Ejigbo township road project will start from Osogbo garage in Ejigbo through Ejigbo central mosque to Popo down to Ejigbo Local Government Area secretariat to AUD Grammar school in Ejigbo.

“Earlier in the year, the Oyetola administration awarded the reconstruction of 22km Barracks Junction, Ede – Ojo – Ara- Ejigbo, which is 85 per cent completed at the moment.

“The ongoing 22km Ede – Ejigbo is expected to be completed in two weeks while the newly awarded Ejigbo Township road project will be completed within 90 days,” Omowaiye said.

The works commissioner explained further that the 1.87km Agba township road which was earlier awarded is also expected to be completed before the end of the year, and assured Osun residents of the Oyetola administration’s commitment to continue bridging the road infrastructure deficit across the state in spite of paucity of funds, without compromising the standard and quality of materials at a very reasonable and minimal cost.

He added that the roads billed for rehabilitation and reconstruction across the state were picked to bring succour to the people of the , as it is the belief of government that, “these are the roads that will add economic value to the people. We have factored in necessary things required to ensure quality and standard roads,” Omowaiye said.

NBA in focus: Agenda for the new exco (3)