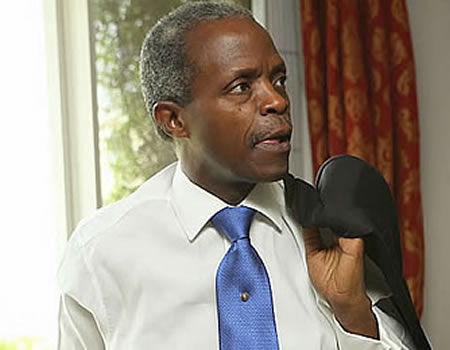 A political group operating under the aegis of Yemi Osinbajo Vanguard (YOV) on Sunday in Lagos lauded Acting President Yemi Osinbajo for promptly assenting to seven bills recently passed by the National Assembly, saying it was in conformity with present reality in the country.

Coordinator of the group, Mr. Oluwaseyi Bamigbade, while speaking with newsmen in Lagos, said the endorsement of the Pension Rights of Judges (Amendment) Act, 2017 and six other bills would help address the challenges in the sectors.

“With the endorsement of the Nigeria Institute of Soil Science (Establishment, etc.) Act, 2017, and Mortgage Institutions (Amendment)Act, 2016 the industries have been repositioned for growth and development.”

According to Bamigbade, the act was a demonstration of President Muhammadu Buhari- led administration’s commitment to put the Nigerian economy on the path of growth.

Speaking further, Bamigbade said the group had also declared three day national fasting and prayers sessions for quick recovery of President Buhari who is currently on medical vacation in the United Kingdom.

According to him, the swift way the acting president has been able to hold forth for the president, carrying out several presidential duties has showed the synergy and good working relationship in the executive arm of government.