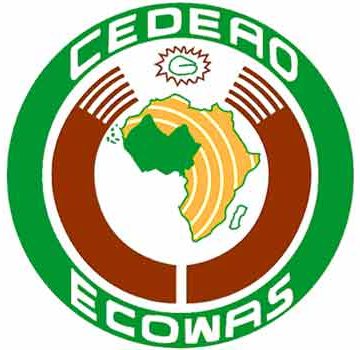 VICE President Prof Yemi Osinbajo has urged ECOWAS Bank for Investment and Development (EBID) to focus its efforts on support for agriculture, which is the easiest way to provide jobs for the young people of the region.

Speaking at the opening of 15th ordinary meeting of the Board of Governors of EBID in Abuja on Tuesday, the Vice President said, “I think that the emphasis of that fund must be agriculture for inclusion and for jobs.

“Because clearly, the fastest way for providing jobs today especially for many of our teeming population many of whom are still in the rural areas, is the provision of agriculture. But not subsistence agriculture, but smart agriculture; agriculture that aims to provide real jobs that can make a real impact in the lives and livelihoods of our citizens.”

According to him, recent trends in global economic development have had significant impact on local and regional economies.

“The economies of our various countries have faced falling government revenues on account of commodity price slumps, declining economic growth, and the challenge of creating jobs on a scale that can cope with our rising populations – all of these and more have translated into greater pressure on governments to urgently diversify resource-dependent economies.

“The more than 300 million citizens of our various countries are looking up to us for policies and interventions that will break the hold of poverty and inequality on their lives,” he continued.

“Of even greater mention is the fact that the sub-region, like the continent, is a youthful one. 70 per cent of our population is under 35 with all the implications for providing education and livelihoods that that will mean.

“So without question the challenges of today call for greater creativity and foresight in supporting and making investments in member countries.

“So, one of the crucial issues today which will decisively impact the future is how the EBID can make a difference in the lives of our young people.”

Osinbajo commended the bank for its catalytic role in many game changing investments in energy, infrastructure, and even banking.

“In energy: the Desert Connection to link Nigeria-Benin-Togo, which was co- financed with the ADB and BOAD. In infrastructure, the bank contributed to the funding of Tinapa, in Cross River State of Nigeria.”

Speaking earlier in a welcome address, Minister of Finance, Mrs Kemi Adeosun who was elected new Board Chairman for the bank challenged finance ministers from the sub-region to speak about radical economic transformation, which will lead to the path of better life for ECOWAS citizens.

“Secondly we should prioritise industrialisation through labour intensive manufacturing to promote job creation.

“In addition, conscious emphasis should be placed on agriculture to improve food security and deriving more value from the sea by boosting the ocean economy.”

Adeosun disclosed that Nigeria was already making efforts to radically transform the economy in a manner that will shift the age old emphasis away from oil as the main source of revenue for the country.