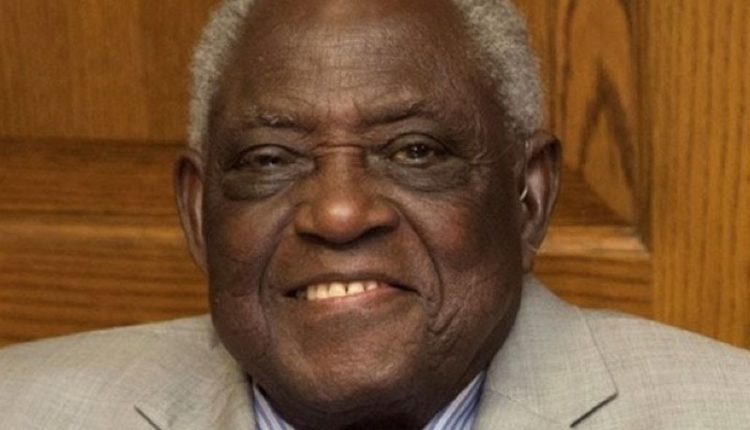 Dignitaries from all walks of life to include Vice President, Yemi Osinbajo; former President Olusegun Obasanjo; President, Christian Association of Nigeria (CAN), Reverend Olasupo Ayokunle have extolled the exemplary life of the late Reverend Ola Akande.

The encomiums of a life well spent were rendered when funeral service of Ola Akande was held at Oritamefa Baptist Church, Ibadan, on Saturday.

Represented by Chaplain, Aso Rock chapel, Pastor Seyi Malomo, the Vice President lauded the commitment of the late Akande to God’s work and service of humanity.

Osinbajo said the deceased, during his life time, provided the right leadership for the Nigerian Baptist denomination and ensured the fold remains as one spirit-filled family.

Former President Obasanjo, in his own tribute, said the late Akande was an undisputed icon of faith, dutiful and courageous preacher and talented teacher.

Akande’s fearlessness, according to Obasanjo, could be seen in his constant preaching against cult, secret societies and being unsparing in addressing the ills of government and the society.

The former President also described Akande as a marriage counsellor par excellence, one who handled crises in a masterful manner and a trailblazer in ensuring the salary of Pastors is at part with that of the civil service.

Describing the late Akande as a pastor of pastors, shepherd of shepherds, Obasanjo said Akande will be remembered for his thoughtfulness, courage, humility, doggedness, uprightness, welfarism, unwavering Christian testimony and purposeful leadership.

Akande who was the third Indigenous General Secretary of the Nigerian Baptist Convention (NBC), died on September 10, 2020, at 94 years.

He recalled that involvement of the deceased in the political life of Nigeria, as a member of the Electoral Commission in 1965 yet refused to be compromise.

Obasanjo urged the deceased’s children to be comforted that their father left a good name and heritage.
CAN President, Reverend Ayokunle noted that in spite of Akande’s influence, he never manipulated the system to attain positions.

Ayokunle also pointed to Akande’s fearlessness as seen in his bold teachings when cultism was a main issue in Baptist churches.

He also praised Ayokunle for being forthright theologian, an able, accomplished administrator, a committed and uncompromising leader, and unwavering Christian gentleman.

As an unwavering Christian, he noted that Akande left politics when he noticed that his image was to be dented.
Furthermore, the CAN President praised the late Akande for being a lover of evangelism as seen in leading the Baptist Convention on missions several times as well as a good family man in spite of his busy schedules.

In his sermon, the CAN chairman, North Central, Reverend Israel Akanji said the Akande stood out for his outstanding leadership skills, commitment to service of God, fighting spirit, verbal and intellectual oration, powerful teaching ability.
Akanji also lauded the late general secretary for his constant intercession for others, reformation of Pastor’s salaries and pensions, great writing skill as an author and huge sense of humour.

He called on humans to emulate the Godly lifestyle of the deceased and his submission to the service of others.
The event also saw donations towards the setting up of an endowment fund for Ola Akande from which the best graduating student in New Testament at the Baptist Theological Seminary, Ogbomoso will be awarded.

Present at the service was wife of the deceased, Mrs Comfort Akande; children, grandchildren, relatives, clerics, friends and well-wishers.

Bode George faults Akande, Osoba, others’ visit to Buhari in the Vila