Osinbajo @ 64: The unsung achievements of an impactful Vice President 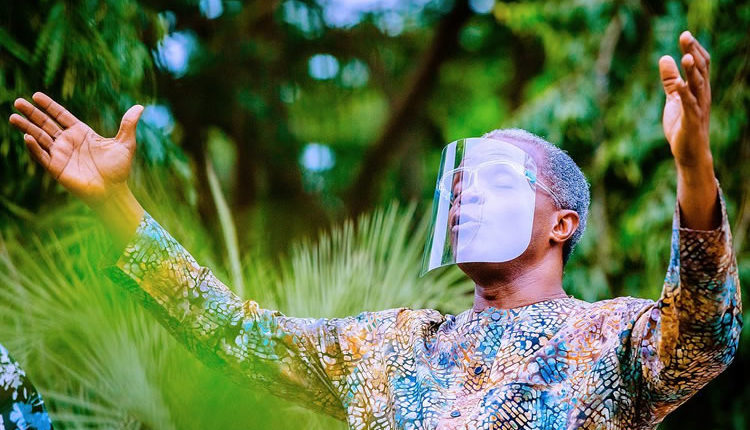 The Office of Nigeria’s Vice-President has never enjoyed more visibility, prestige mixed with a coterie of socio-economic interventions like what it is under the current holder, Prof. Yemi Osinbajo (SAN), has made it.

This was the conclusion of an extended content analysis research carried out recently by Woodford Consulting in the country to assess impact of the Vice-President in office as the current holder clocked 64 years old on Monday.

The reaearch conclusions revealed that Osinbajo, more than any previous Vice President in the nation’s history has made some “groundbreaking, significant contributions in the areas of reducing farmer-herder conflicts, restoring peace in the then volatile Niger-Delta region, promoting Small and Medium Enterprises, establishing the biggest social investment programmes in the continent and commitment to upholding human rights alongside repressing gross violations in Nigeria.”

The study used indices like executive capacity, task delivery, commitment to reforms, and efficiency as the metrics for arriving at the conclusions.

The following are some of the conclusions of the study carried out recently in the country to commemorate Osinbajo’s 64th birthday:

On the perennial farmer-herder conflicts in parts of the country, the Vice President as chairman of the National Economic Council introduced the National Livestock Transformation Plan which is aimed at boosting food production, create employment for rural dwellers, and significantly reduce incidents of conflicts between farmers and livestock producers in the country.

Under the NLTP, the states are encouraged to voluntarily lease lands for ranching. About five states have commenced the scheme with four being supported by the Dutch government to implement the NLTP while about 22 states altogether have shown interests.

According to the report, the erstwhile volatile Niger-Delta has achieved much peace since 2016. Thanks to Osinbajo’s ‘The Niger Delta New Vision’ which helped to resolve insecurity and youth restiveness in the Niger-Delta region.

The Niger-Delta region is very important and strategic to the nation’s economy. Before the launch of ‘The Niger-Delta New Vision’, attacks on oil installations and vandalism were common leading to heavy loss of revenue occasioned by drastically reduced  oil production output.

When the nation experienced recession in 2016, President Muhammadu Buhari appointed Osinbajo to lead the delegation to broker peace with the communities in the 13 oil producing States. It takes an efficient leader to do that successfully as the destruction of oil installations and pipelines stopped after the visits and oil production output rose again helping overall economic output of the nation after the 2016 recession.

The researchers also noted, “Only recently did Nigeria improved its ranking on the 2020 World Bank’s Ease of Doing Business Index after deliberate steps abolishing many anti-business policies. The country now ranks 131 on the World Bank’s Doing Business 2020 index released recently which saw the nation move up 15 places from its 2019 spot and has been tagged as one of the most improved economies in the world for running a business.”

While noting Osinbajo’s commitments to reforms, they maintained that “these are by no means easy reforms to implement especially in a clime where many people will gladly and vociferously resist change.”

“When he served as Attorney General of Lagos state, Professor Osinbajo is credited with undertaking far-reaching significant judicial reform in Lagos State, addressing critical areas as judges’ recruitment, remuneration, training and discipline. To address the problem of slow justice delivery at the Courts especially for poor people, he established appropriate institutions in the Office of the Public Defender and the Citizens Mediation Centre to give free legal advice and aid to the poor,” the report added.

While noting Osinbanjo’s demonstration of executive capacity and decision-making, the researchers said, “Osinbajo has shown his commitment to human rights for all Nigerians. He has also shown he is against impunity and police brutality in the country. He has shown that in several ways.”

The researchers also cited Osinbajo’s decisiveness and non-indulgence of incompetent hands. They recalled his sacking of the appointment of Mallam Lawal Daura as the Director-General of the Department of State Security over operatives’ unauthorised invasion of National Assembly in 2018 and his order to overhaul of the Special Anti-Robbery Squad, a now-defunct police unit, to make it more efficient and commit to respecting human rights for all Nigerians while he was acting President in 2018.

Also, he came up with the Economic Sustainability Plan where Nigerians are to benefit from several packages like MSME Survival Fund, Youth Fund, Mass Housing Programmes, Farmers Fund, Teachers’ Welfare Scheme, and the likes. The Federal Government has invested over N2trillion in all these as part of measures for post-Covid recovery. These also include the recently launched Solar Power Strategy which focused on creating about 250,000 jobs and enabling about 5 millions solar homes systems to be installed across the country. The Plan entails the provision of structured loans by the Central Bank of Nigeria for the manufacturing of these Solar Home systems and many of them. The solar systems are assembled locally in order to promote Made-In-Nigeria products in the nation. Also, the Mass Housing Programme is expected to created 1,500,000 jobs.

As the Professor of Law clocks 64, one can only wish him more year of impact and effective contribution to the country.

Finding the Best Cryptocurrency to Invest