Property and EnvironmentLatest News
By Nurudeen Alimi On Apr 9, 2021 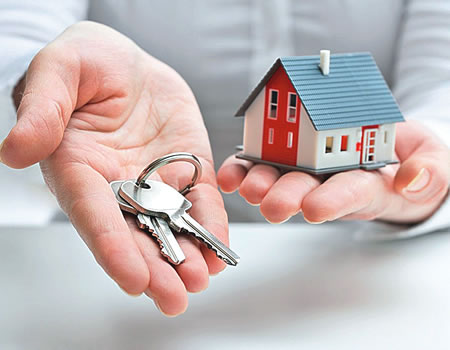 The executive members of Osborne Foreshore residents’ association in Ikoyi, Lagos, have been accused of allegedly locking out the contractors of a housing development company, Lekki Gardens, over a lingering dispute that the Lagos State Government has been trying to resolve.

Lekki Gardens said it sought and got permission from the Lagos State Government to build housing units at Osborne Foreshore but the residents association believe the developer went beyond its brief, and so want them to stop work.

A statement signed by an official of Lekki Gardens, Mr Emmanuel Essien, a copy of which was made available on Wednesday described the association’s stance as “baseless and desperate vendetta”, saying they took the issue to a new dimension when they allegedly “resorted to violence by attacking the contractors and staff of the developer.

“This is coming up barely a week after the stakeholders’ meeting convened by the Ministry of Planning and Urban development where stakeholders were advised to engage and resolve all issues.

“The developer had mobilised her contractors to some of its sites following approvals recently received from the state government only for the contractors to be prevented from gaining entrance into the estate by OSFRA. They were only allowed in following the intervention of the authorities to which the developer appealed in her bid to maintain the peace.

“Feeling thwarted in their plans to frustrate the developer by constituting a major nuisance at the gate of the estate thereby disturbing free flow of movement into the estate, the association, led by the chairman mobilised touts and stormed the site of the company where they resorted to rough-handling and beating up of everyone they saw on site, insisting the contractors must leave the site.

“It has become very clear that the association will stop at nothing including ignoring constituted authorities and resorting to self-help to get their way.”

The developer said it was unfortunate that the association was    “standing in the way of progress and development or preventing legitimate business owners from accessing their investments all for the achievement of their personal agenda at the detriment of the common good of Lagosians.”