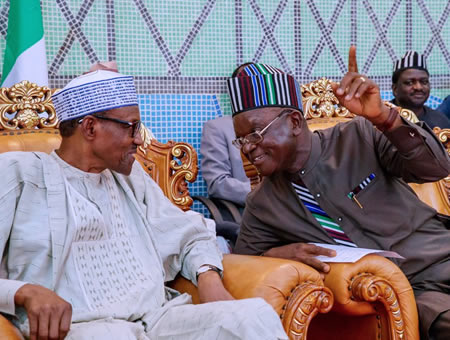 Ortom who disclosed this on Monday while playing host to a delegation from the Northern Christian Women Coalition at the Government House in Makurdi said the move became necessary following the legitimated process of establishing the security outfit to help restore peace in the troubled parts of the state.

Ortom noted that the President he knew would approve his request to also empower his people against their transducers, or at best, leave room for a fair level of response on the defences of his people.

During the launch last week, Ortom said the guards were designed to address community security and safety.

According to him, the volunteer guards were not established for political purposes ahead of the 2023 general election.

Handwork is a skill that requires you to use your hands to render services or products to people. It involves the use of your hands and knowledge to solve problems creatively. However, it takes months of learning as an apprentice to get enough knowledge to stand on your own. In Nigeria, the duration of learning varies depending on your interests. Certain handiworks have survived and have been relevant despite the emergence of technology and modernity…

In a country where economic deficit and unemployment have become the order of the day, conceptualizing a business idea in Nigeria and subsequently starting it can be likened to a goldmine which offers an opportunity for people to tap into a better livelihood…

We Never Had It This Bad In Nigeria, Says Sanusi