Organising shows across the world my greatest joy —Olofin Sniper 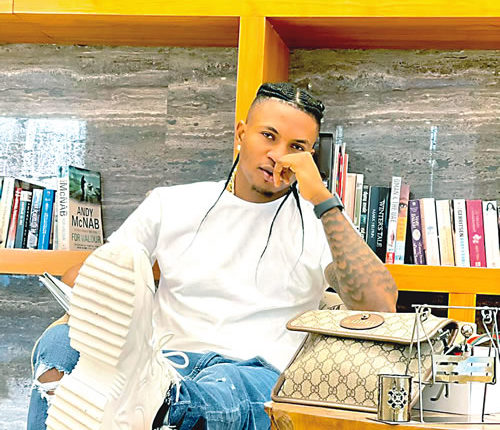 Not many people would love to venture into events promotions in this part of the world due to its many challenges, but for Olofinjana Ademola, otherwise known as Olofin Sniper, it is a venture he enjoys.

From Nigeria to Europe, he has his imprint on many shows and tours but the young entertainment lover says giving the people unrivalled entertainment experience is his greatest joy.

Speaking about why he loves to host events for music stars within and outside the country, Olofin Sniper said his passion for organising events started growing when he was a child, adding that “as a young boy, I love to see things being done properly. This motivated me to get into events and all.”

According to him, every event comes with its challenges especially a music gig that requires music stars flying in from another country, saying “when you have built your capacity to handle difficult situations, you don’t see anything as a challenge again.”

Having organised musical tours for artistes in Europe,  UAE and some parts of Africa,  Olofin revealed that many event promoters only focus on the monetary gains and ignore clients’ satisfaction, one which he said is key to the business.

“I have  been doing this for sometime and I know that when an artiste goes on tour, he wants to be satisfied. He wants to get value. The audience also want you to show them why they have to come back for more shows,” he said.

But I discovered that many people focus on money and not service,” he said.

According to him, taking musicians on tour of different counties and cities is fascinating and challenging , saying “the atmosphere in Kenya may be different from Dubai or Europe. Not everybody would be receptive to you but you must learn to understand territories and how to operate when you get there”, he said.

What I hope to achieve with my new single —Griffin

Why I am the best professional stylist in Nigeria —Kingsley Okorie