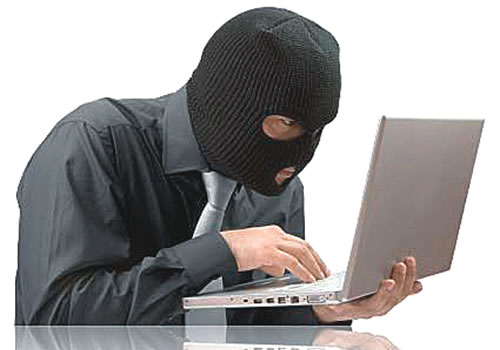 The innovation of technology and it’s everyday advancement seems to make the world interesting and makes tasks easier when it is being carried out unlike before.

However, the negative use of technological advancement is a big mess and uncalled for by individuals who engage in its negative use.

Among the abuse of technology is cybercrime also called “Yahoo Yahoo”.

This act is being practised in every part of the world, Nigeria inclusive, but the rate at which Nigerian citizens venture into it is so alarming.

They have taken it as a full-time job that pays them money and other treasures every time.

They seem to have neglected what seems like the right and legal way and have gone in the wrong way in their pursuit of money.

Instead of going a long way in acquiring quality education that would make them outshine their mates and be able to compete with people around the globe with their intellects, all they chase around and care about is how they will make money and “secure the bag”, as they usually say.

In a study and research conducted to know how internet frauds are being done, it was discovered that there are several ways by which these persons scam people of their own money and belongings, most especially those living in foreign countries.

They choose their area of specialisation in this act, among them, are; dating, hook up, gay, lesbian, sugar mummy/daddy among others.

They create an account with some dating applications and sites like Facebook, Instagram, Baddo etc, and disguise as a person who truly wants to go into a relationship that might lead to marriage with them, and in the long run, scam those who unfortunately come to their ways and later back off after fulfilling their mission.

Countries like the United Kingdom, United States of America, Spain, France, Italy, Canada, Australia are their choices because of the high exchange rates of their currencies; but people from the Philippines, India, Pakistan, Afghanistan, Iran are not what they desire because they are of the mentality that they have nothing to offer.

Gift cards(like Amazon, iTunes, eBay, steam wallet, Sephora etc) and online payment platforms like money gram, western union, Zelle, Venmo and CashApp are the means through which their clients(scam victims) who they consider as nincompoops send money across to them.

Out of my curiosity to know why the majority of youths put up these fraudulent actions, I got some crazy responses and slangs like “Owo ni Koko (money is the main thing)”, “hustle so you can bubble”, “I just want to secure the bag” and lots more.

Some are even of the mentality that education is a big scam in this country as thousands and millions of graduates are roaming the streets unemployed and unable to cater to their needs because that have no job.

However, in order to achieve their aims and make money quickly, these yahoo boys use talisman so they can be loved by everybody.

They have their personal traditional doctors (Babalawo) who they consult for charms in order for them to use it for whosoever(clients) comes their way online so as to get hold of his/her money and abscond with it.

Some even go a long way to posses heavy charms that might eventually make them miserable and demented.

All these, but to mention a few of the things done by the so-called “yahoo boys”, the most pathetic thing they do at the end of the day is money ritual. They do the ritual after things are not going well for them anymore; they won’t want to be stranded, and the process is called “yahoo plus”.

Moreover, Fraudsters are the easiest to identify when sighted because they dress tattered, tint their hair into colours, clubbing every now and then and possession of luxury cars, houses, phones and laptops.

Some of the consequences of cybercrime are; Recall, Abass Ramoni popularly known as “Hushpuppi” arrested alongside his accomplices in Dubai are currently facing charges of illegal possession of money and valuables worth #168bn. They might probably land in prison for such an illegal act.

So it is for others; they get arrested by SARS operatives, Economic and Financial Crimes Commission (EFCC) and Independent Corrupt Practices Commission (ICPC) for the money in their possession illegally which can lead them to jail also.

The above are not only the consequences of internet fraud; the master of it all is dragging of a nation’s name and reputation in the mud.

Some countries lay down strict conditions before citizenship, residual or tourism passports cannot be processed for citizens of countries whose cybercrime rate is high.

Also, some companies abroad withdraw applications from Nigeria’s citizens willing to work with them because they are afraid of being defrauded by them just like others.

On this note, cybercrime or anything related to it is not the best approach to making money, let’s all shun illegal actions and focus more on things we can be proud of publicly.

With ‘Dey With Me’, Tjay brings hope, freshness to fans