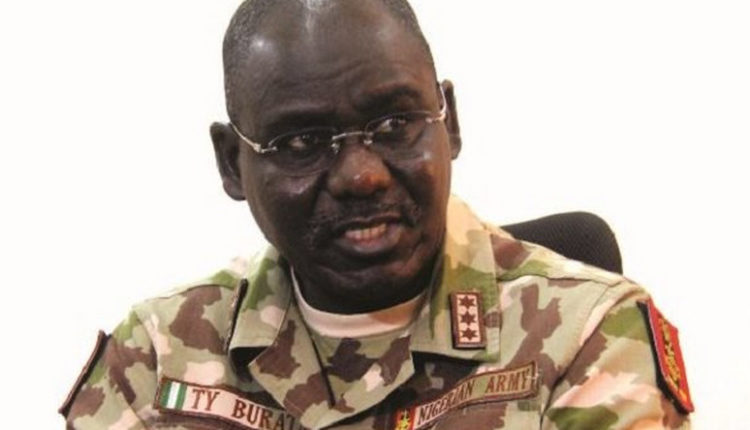 As Nigeria is celebrating 60 years of independence, it presents a picture of a mixture of spark and dim. Those inclined to the negative hold on to the challenges experienced in the quest towards nationhood to draw conclusions linking occurrences such as military putsch, civil war, religious uprising, corruption and lately Boko Haram terrorism to define Nigeria.

But such occurrences, while they lend certain perspectives to the overall picture, they’re more of the evidence of the resilience of nation rather than emblematic of its being.

Likewise certain positives and experiences that shoot Nigeria high up on the ladder, like its vast population, abundant natural resources and unity in diversity. Both the negative and the positive combine to depict Nigeria at 60.

But while it is safe to strike a balance between the two, one cannot ignore the fact that certain developments have been remarkable in their impact on nationhood. A Nigerian had for instance won the Nobel prize for literature, others have set world records in medicine, sports and many have been listed among the most resourceful in the world.

Sectoral leaders in academia, economics, the military and others have also been widely acclaimed as some of the best. As an academic, I am not in any position to pass a favourable mark on any specific leader. But the obvious truth is that our progress in some critical sectors must be appraised and kudos were given to individuals who have piloted the affairs of the nation directly or indirectly with all honesty and sincerity of purpose.

One of such individuals is the current Chief of Army Staff, Lt. Gen Tukur Yusufu Buratai who has become a phenomenon in the history of Nigeria as a nation.

The Buratai phenomenon is enormous to the extent that many attribute the continued existence of Nigeria to the ingenuity of President Muhammadu Buhari who appointed him the Chief of Army Staff.

Before July 2015, Nigeria was literally on its knees and was on the verge of losing its cooperate identity. It was so wracked by terrorism and insurgency that it was losing territories that combined are bigger in landmass to many countries of the world.

The feats recorded by its citizens in medicine, sports, literature etc the world over no longer mean anything as the country was becoming a laughing stock due to how it was unable to manage its internal crisis.

But on appointment in July 2015, Lt. Gen Buratai, assessed the security situation on the ground and rather than feel intimidated vowed not only to defeat the insurgents but compel them to beg for peace.

He said under his command, Boko Haram would either beg for peace or face the wrath of highly motivated and combat-ready soldiers and to show his seriousness, changed the operational code of the counterinsurgency in Northeast Nigeria from “Operation Zaman Lafiya” to “Operation Lafiya Dole.

He explained that “Since Boko Haram terrorists have refused peace we will now force them to accept peace and promised to be actively involved in the operations to end Boko Haram.

He added: “The peace that permeated Borno and transcended Lake Chad will soon return. My wish was to clear Konduga of Boko Haram vestige so that people can return home to rebuild their houses.”

The terrorists probably using their old template which they used in terrorising Nigerians in the past thought they could intimidate him, hence went and attacked his village, Buratai; but like a typical tactician, the Army Chief did not allow emotions get the better of him and focussed on his mission.

Less than six months after he gave his word, Nigerian troops penetrated the den of the insurgents in all parts of the Northeast, liberated the 19 local governments held by the insurgents and destroyed their camps. In less than a year after his appointment,   troops entered what could be termed the operational headquarters of the terrorist group at Camp Zero in Sambisa Forest, killing many of the terrorists, totally dislodging them and took the flag and the Qur’an of their leader, Abubakar Shekau and handed it over to President Muhammadu Buhari.

Since then, it had been a series of winning streaks against the insurgents, the height of which was an audiotape intercepted around July this year, in which the Boko Haram leader was heard crying and pleading for mercy for his members who he admitted are being pummeled by Nigerian troops.

In between, several of the Boko Haram top commanders have either been captured, killed or surrendered and submitted themselves to troops.

The feats at the battlefield were a radical departure from what obtained in the past when the insurgents were attacking cities and towns as well as military camps at will with the most humiliating being the attack of the operational headquarters of the Multinational Joint Task Force (MNJTF) at Baga, Borno State and the slaughter of nearly 1000 number of civilians.

Buratai has been outstanding in the swift manner he turned around the army, restructured the institution and restored peoples’ confidence in the institution. It is said that without Buratai’s leadership of the Nigerian Army, there probably would have been no Nigeria to celebrate 60 years of independence.

Many wonder how the Chief of Army Staff has succeeded where his predecessors failed. Many say it has to do with his style of leadership where he sees only success and is totally blind to the possibility of falling on a mission. The tactic of leading the troops from the front has also contributed to the success of the fight while other strategies like the introduction of Super Camps has also helped.

To show his level of confidence, the COAS has only recently tasked troops in the Northeast theatre of operation to brace up for the final defeat of Boko Haram/ISWAP insurgents.

While speaking with troops who were on training at the army special super camp at Ngamdu Lt. General Buratai directed them to take their training seriously in preparation for the speedy conclusion of the war against insurgency in Nigeria.

He said “As you all know, we have been on this ground for long and I expect us to remain resolute, selflessly committed and push for the total defeat of the Insurgents in the coming days.

“I assure you that what is remaining is very small but it will require us to put more effort, more determination and more courage to complete the remaining part of the battle soon.

Beyond that, the Chief of Army  Staff has encouraged troops to deploy more intelligence in prosecuting the ongoing counter-insurgency in the North East which has brought positive results.
Lt. General Buratai has also ensured the provision of additional military hardware and platforms to enhance the speedy completion of the ongoing war against insurgency in the North East and has taken delivery of more equipment and platforms that have been deployed to various theatres of operations across the country.

The Army Chief has also undertaken operational tours to areas generally seen as the routes and directions of approach into Maiduguri by the Boko Haram/ISWAP Criminals seriously.

He has in that bid, visited carious troops’ locations in the North East theatre of operation such as the Army Super Camp 1 at Molai and the Special Forces Super Camp 12 in Chabbol near Maiduguri, Forward Operating Base at Alau Dam, outskirts of Maiduguri and also personally led the troops on reconnaissance around Mairimari Forest located southeast of Tamsu Ngamdua in Mafa Local Government Area of Borno State.

He has also been to Maigilari Forest in the east of Tamsu Ngamdua in the southwest of the same Mafa Local Government Area.

This is why Nigerians in marking 60 years of independence are also celebrating the gallantry of the Chief of Army Staff.

My mum is my role model — Aisha Idris