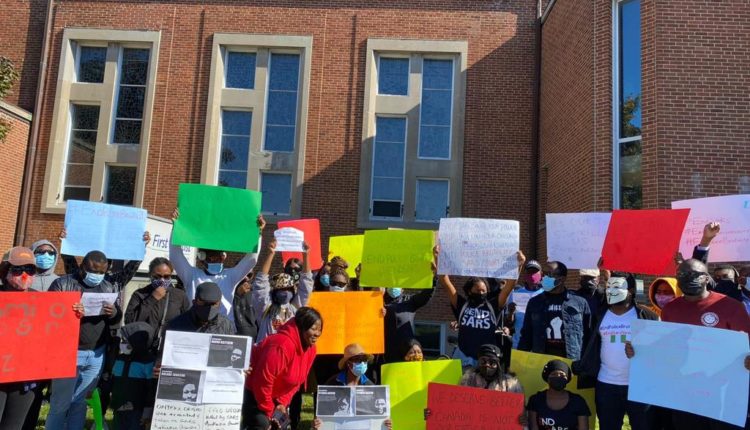 The recent revelation with regards to the number of casualties at the Lekki Tollgate incident once again highlights why Nigerians must be circumspect before we disseminate information and draw conclusions on burning national issues.

I recall I had my reservations when news went round town that the Nigerian Army had massacred peaceful protesters at the Lekki Tollgate. I struggled to come to terms with the pictures that were freely distributed all over the social media space, and the subsequent comments that followed suit. In truth, it was depressing.

This I must confess indeed brought back my sanity as I could not come to terms with the fact that the Nigerian Army that prides itself as the bastion of our nascent democracy would throw all caution in the wind and descend on unarmed citizens peacefully demanding for an end to police brutality in the country.

For the very first time, I questioned the sincerity of the Chief of Army Staff on why and how he would sanction the indiscriminate killing of young people. But little did I know that it was a well-orchestrated attempt by some powerful and vested individuals to drag the Nigerian Army into the mud for inexplicable reasons.

I am glad that indeed the truth has come out and those that wanted the head of the Nigerian Army have been put to shame. I must state that I am still at a loss as to why we tend to propagate falsehood at the slightest opportunity. At some point, it feels like there are a group of people whose stock in trade is to take advantage of every situation to entrench division amongst Nigerians.

These same individuals and associations have an overarching desire to see that Nigeria erupts in flames and in achieving this, they sponsor acts of violence, they allege ethnic and religious genocide, and other despicable acts too numerous to mention. They even went as far as spreading rumours that only existed in their imaginations. And with impunity.

Having said all of the above, every discerning mind would agree with me that indeed what happened in Lagos and other parts of the country was a display of professionalism by officers and soldiers of the Nigerian Army that contributed a great deal to containing the situation across the country. I must also add that it was indeed a spectacular display in instances where we saw videos of soldiers entertaining the crowd with pushups and pacifying them at the same time. We also saw other pictures and videos of acts of bravery displayed by officers and soldiers in containing rampaging crowds.

At some point, it looked funny how soldiers behaved like ushers welcoming people for church service, and the level of reception from the once restive crowd would melt your heart. Whomever it was that gave such a directive must be a genius because the strategy employed by the Nigerian Army was a very effective strategy that worked magic and an indication of credible leadership by the Nigerian Army authorities.

This is where I salute the leadership strides of the Chief of Army Staff, Lt. Gen. Tukur Buratai for the entrenchment of a high level of discipline and professionalism in the Nigerian Army. Aside from its other exploits, the response of the Nigerian Army in the restoration of law and order in the country in the aftermath of the outbreak of violence indeed saved the day for our nascent democracy as the country almost slipped into a state of complete anarchy.

In all, the lessons from the above are that Nigerians can be sure that the Nigerian Army in the past five years has been institutionalized to be the bastion of our democracy and its loyalty is to the Constitution of the Federal Republic of Nigeria and the people. This should also tell us that great efforts have gone into repositioning the Nigerian Army for more remarkable exploits by the Chief of Army Staff and for that he deserves every form of commendation for building a professionally responsive Nigerian Army, that is human rights complaint and tactical positioned to deal with the various security threats in the country.

And if I must add, credit must also be given to President Muhammadu Buhari for providing the political will for the repositioning of the Nigerian Army into a professional force. This too is a promise kept and what he would be leaving behind for Nigeria.

The All Progressives Congress (APC) has told a Federal High Court in Abuja, that the Comrade Adams Oshiomhole-led National Working Committee (NWC) was sacked to solve the internal leadership crises rocking the party.#EndSARS Violence #EndSARS Violence

The party also said that immediately the Caretaker/Extraordinary Convention Planning Committee was put in place after the NWC’s dissolution, the crises that had characterised its affairs were laid to rest.#EndSARS Violence #EndSARS Violence

His son, Aminu Shehu Idris, confirmed in an interview with the Tribune Online that his late father who was appointed on 15th February, 1975 and spent 45 years in the throne died on Sunday after a protracted illness.#EndSARS Violence

We need a conference now

So they knew Odumakin existed