Features
By AKINWALE ABOLUWADE On Nov 9, 2019 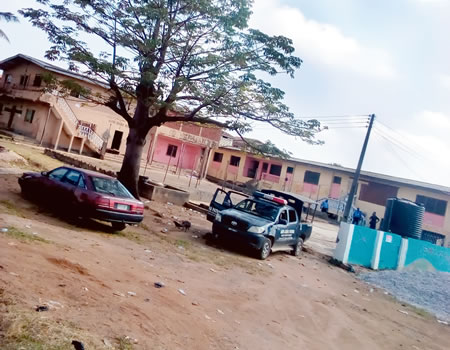 In this piece, AKINWALE ABOLUWADE reports that residents of Ojoo in Ibadan are still in shock over the discovery of a torture centre in their community even as parents of inmates grapple with the fate of their children.

Time was 7.00pm on Monday, November 4, 2019. Muslim devotees should be in mosques to observe Maghrib prayer. However, Olore Central Mosque, Ojoo, Ibadan was deserted like ghost land. Nobody could come into the mosque to pray as the entire premises had been cordoned off by stern-looking, heavily armed policemen. It has ceased to be a religious centre where devotees and Quranic students meet.

The story changed for Olore Central Mosque and the Quranic centre following a tip-off by a member of the public that the owners operate a torture or an illegal rehabilitation centre. Investigation by Saturday Tribune showed that the bubble burst when an inmate who escaped from the centre reported the alleged heinous activities in the facility to the police.

News of the Ibadan torture centre filtered in a few days after the discovery of similar dungeons in Daura, Kaduna, Lagos and Ilorin by the police. As of the time of filing this report, security operatives had cordoned off the premises of late Sheikh AbdulRasheed Akangbe Olore where the centre is being operated.

Residents of Olore community are still in shock about the fate that has befallen the centre. They hold divergent views on activities at the centre. Since the Olore home came into focus for alleged violation of some of the inmates, the space has been saturated with rumours. At a food shop in the area, some residents claimed that a human skull was found in the building while others alleged that some inmates who died while being tortured were secretly buried.

A Quranic student, who disclosed that the centre was supposed to have conducted Walimatul-Qur’an (ceremony for completion of learning Qur’an) for a set of students on Friday, November 8, said that part of the money that was earmarked for the programme was kept at the centre.

An elderly man (who preferred anonymity) who was discussing with a group of young men in the neighbourhood, said that the centre was popular for religious activities until the founder died. “Things have since changed at the place. Those operating the Olore Islamic centre gave it a bad image by subjecting the inmates to hunger and torture.

“Late Alhaji Olore was a very tough man with Spartan lifestyle but we saw that he was operating the centre at that time based on Islamic principles. He was not indicted for operating a torture centre during his lifetime neither was he accused of engaging in ritualism or secret burials of dead inmates. But we now hear different unprintable rumours about the place now. So many people have been condemning some of the activities at the place.

“As we have seen after the security operatives sacked the place and rescued the inmates from the centre, the condition to which the inmates were subjected was bad and unhealthy. There were ugly pictures of sick and hungry inmates who looked pale and emaciated. No fewer than 22 of those who were rescued there were said to have been rushed to the hospital. Who can tell the fate that had befallen those who were subjected to hunger and torture in the past before respite came their way?” 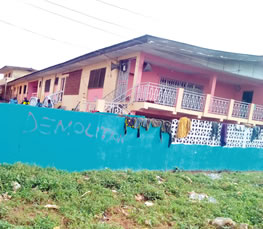 A resident of the area, Mr Muraina Adigun, said: “It is wrong to say that some parents patronise the school because they are not educated or because they don’t understand the implications of their actions. We learnt that some deviant children belonging to some wealthy and educated personalities in the society were brought to the Islamic centre for rehabilitation. Inmates are received at the centre from far and near; some of them were brought from Abuja, Ilorin, Lagos and other parts of the country. These inmates relate their antecedents and you can deduce the fact that their parents took them there due to frustration.

“When they say that the rich also cry, an experience like this explains what they mean. Sometimes, children of the rich can be troublesome. Some of them are addicted to drugs and other substances that give their parents worries. When the behaviours of their children get out of hand, some parents take them to rehabilitation homes. They believe in religious homes – Nigerians are religious although they are ungodly – so they entrust their children to the Sheikh and other clerics believing that they will turn out better. In some cases, a few of them change for good but many turn out to be worse.”

To buttress his claim, Adigun, a school teacher, made reference to two brothers who were said to have been brought to the centre by their mother from Mushin in Lagos State. He said that the fact that the two brothers were addicted to marijuana points to the fact that they were on a wrong path and needed to be rehabilitated. “No parent can be proud of such lifestyle and one of the closest options that a parent can employ is to take them to a correctional centre. However, there are better choices than centres where they employ crude methods and force.”

A female health worker, who spoke anonymously, said that the intent of those that are operating the centre may be good but the handling of the inmates is crude and unacceptable. She said that a situation whereby human beings are tied down with rope or chain is wrong and devilish. “Someone with mental ailment should be taken to the psychiatric hospital where experts can give the person the right medical treatment. When a centre like this is being run by a private body, the place should be inspected regularly so as to ensure that the inmates are not mismanaged,”

A female provision seller in the area popularly called Iya Sarafa, describing Olore as a worship centre as well as a Quranic school, urged the government and security agencies to carry out proper investigation on the activities of the centre before taking a decision. She noted that any decision taken on the centre in a hurry may be unfair.

However, a resident of the area (name not given) said that government should be blamed for excesses of some elements in the society as government owes the public the responsibility to regulate the activities of any group within the society.

Meanwhile, investigation by Saturday Tribune has shown that some Quranic students from the centre have now been rendered homeless following the sack of the centre. Some students at the centre, including a few other inmates with mental challenge, are now wandering the streets.

It was learnt that some of those who have children at the centre have been travelling down from their stations to Ibadan in order to ascertain the state of their children and wards.

The Commissioner of Police in Oyo State, Mr Shina Olukolu, had in an earlier statement assured members of the public that the command would ensure that the operators were made to face the law if found culpable. The commissioner, confirming that some inmates were subjected to inhuman treatment, said that the police would continue to watch the facility until investigation was completed.

In a telephone interview with Saturday Tribune, the Police Public Relations Officer (PPRO) in the command, Mr Olugbenga Fadeyi, said: “There are more efforts in the patrol of the area. We shall clamp down on any criminal in the community. No cause for alarm as adequate security measures are being put in place.

Ibadan: It’s not torture but rehab centre, demolishing it won’t go down well with us — Sanni, Oyo Muslim leader