Ooni writes Oyinlola, says at 70, his life is lesson in perseverance 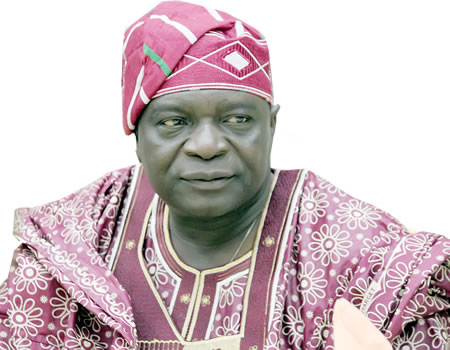 The Ooni of Ife, Oba Adeyeye Enitan Babatunde Ogunwusi, has described a former governor of Osun State, Prince Olagunsoye Oyinlola as a motivation for all young people struggling for breakthroughs.

The Ooni who said this in his goodwill message to Prince Oyinlola on his 70th birthday coming up on Wednesday,  stressed that the former governor’s “birth, upbringing and achievements in life despite losing his parents at a very young age is a lesson and, indeed, a motivation to all young people out there struggling for a breakthrough that everything is possible.”

Oba Ogunwusi said that while celebrating the fortunes of Prince Oyinlola, “it is pertinent to state that he created the future he is enjoying today through the dint of hard work, persistence and consistence of yesterday which are worthy of emulation.

“This great man of countless good parts has always lived a life of service to humanity, including his days as a gallant soldier in the Nigeria Army. He served meritoriously and never missed any promotional cycle until he retired in 1999 as a well-decorated Brigadier General.

“The good works of Prince Olagunsoye Oyinlola during his days as the military administrator of Lagos State, stand out as an unbeatable legacy and this is the reason why his name is written in gold among distinguished founding fathers of Lagos State, Nigeria’s commercial capital.

“Back home in Osun where he served as executive Governor, Olagunsoye defined leadership uniquely through the provision of basic amenities, enhancement of youth and human capital development, as well as the immeasurable respect given to the ancient traditional institution.

“The prominent Osun State University, which aside from being the only State University in Osun is equally the first multi-campus institution in Nigeria, is one among Oyinlola led-government’s achievements in the state,” the Ooni said.

While wishing him a long life, the Ooni said he had no doubt that Oyinlola would continue in his services to Nigeria, Osun State and the Yoruba race.