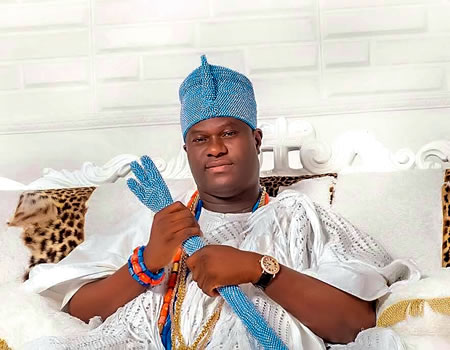 The Ooni of Ife, Oba Adeyeye Enitan Ogunwusi will tomorrow conduct the Royal Inauguration of World Omoluabi Day, aimed at bringing honour, prestige and dignity to the referred aesthetic cultural heritage, values and traditional ethos for the greater benefits of the Yoruba race especially its youths.

The World Omoluabi Day themed Omoluabi Ni Mi, is an initiative of the Yoruba Council of Youths Worldwide (YCYW) and it is the first of its kind.

The event which will hold at the Ile Oodua, Palace of the Ooni of Ife at 11am a project put together to cater for the welfare of indigenous people of Yoruba heritage while ensuring that the culture, language and history is promoted across Yoruba land in consolidation with established various programs on cultural promotion of the YCYW especially in terms of Omoluabi morals, ethos and principles which seems to be going into oblivion.

Speaking on the programme, the founder and president of YCYW, Aremo Oladotun Hassan Esq., stated that endorsement of the World Omoluabi Day by the Oonirisa is a worthy pedestal for its take off, adding that the event is to be an exclusive yearly global celebration of Oduduwa descendants aimed at promoting peacebuilding and uniting all sons and daughters of Yoruba Land worldwide for strategic economic growth and social development of the race.

“Our unity is key to our development and growth as a race blessed and ordained by God with over 40 million population globally, hence the need to harness the golden opportunities for our common growth and advantage. It is important to clarify that Yoruba moral tradition is transients and globally recognised, precipitating the need to be well guided with omoluabi etiquette, principles, rules and regulations for all Youths and good people of Yoruba Land and in Diaspora in order to promote the globalization of the Yoruba cultural heritage, values and tradition,” he stated.

He called on political leaders, Royal Fathers and eminent Yoruba elders and stakeholders to create a synergy of unity and peace, geared towards the progressive emancipation, development and protection of our people’s rights and privileges in Nigeria and in Diaspora and solicited for support of well-meaning Nigerians especially Yorubas to consider Yoruba youths for employment opportunities in their corporate firms.

Those expected at the event include traditional rulers, governors of Osun, Lagos, Ekiti, Ondo Ogun and Oyo as well as many eminent Yoruba personalities

SEC urges beneficiaries of deceased investors to claim their dividends

What Makinde must focus on when he assumes office ― Adelabu

Ooni urges children to prepare for prosperous future through hardwork