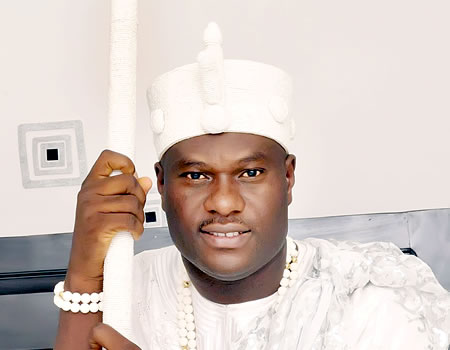 AS a result of the contents of the bill passed by Congress of Salvador, town with the second largest population of blacks outside Africa, the ancient city of Ile Ife, Nigeria has been declared as a twin city of Salvador, the capital of Bahia state in Brazil.

The declaration was made in Casa-Pefetora, Office of Mayor of Salvador by the Mayor, Acm Neto, after the bill had been passed by the Congress of Salvador following the motion, which was moved in the plenary by Hon. Mauricio Trindade.

This was contained in the press statement signed by director of media and public affairs to the Ooni of Ife, Oba Enitan Ogunwusi, Comrade Moses Olafare forwarded to the Nigerian Tribune in Osogbo, on Sunday.

According to the statement, “Oba Ogunwusi  is to sign the treaty on behalf of Ile Ife and in the interest of the entire Yoruba race worldwide during his ongoing 10-day tour of Brazil”.

While giving details of the benefits in the treaty, the director, Institute of African Studies, Obafemi Awolowo University (OAU), Ile- Ife, Mr Ayo Omidire said “Ile-Ife being declared a twin of the citiy of Salvador has opened a gateway of relationship between the city of Ile-Ife and Salvador, a town with the second largest population of blacks outside Africa”.

“Omidire said the city of Ile Ife, with the treaty has been given opportunity of cultural exchange, artistic and economic empowerment which will also be beneficial to the entire Yoruba race”.

“All Yoruba speaking states will benefit from the opportunities listed in the agreement. With this agreement, the city  of Ile Ife has been twinned with the two city of Salvador, the capital of Bahia state, Brazil. This will give room for cooperations and collaborations through cultural exchange, artistic, social, tourists and economic empowerment”.

Meanwhile, Mayor of Salvador, Hon. ACM Neto has urged Ooni Ogunwusi who is a co-chairman of National Council of Traditional Rulers of Nigeria and other Yoruba monarchs on his entourage to pray for Brazil to surmount the current political challenges facing the country.

Neto made the appeal while receiving the advance delegation of Ooni’s entourage to Brazil, led by Ajero of Ijeroland, Oba Joseph Adewole and Timi of Ede, Oba Muniru Lawal.

Others in the delegation to the Mayor of Salvador were, a senior official of Nigeria Embassy in Brazil, A.I Imam, Jegun of Idepe Okitipupa in Ondo state, Oba  Michael Obatuga, Alayandelu of Ayandelu, Lagos state, Oba Aderibigbe Akanmu, and Alaran of Arandun in Kwara State, Oba Ibikunle Adekanye.