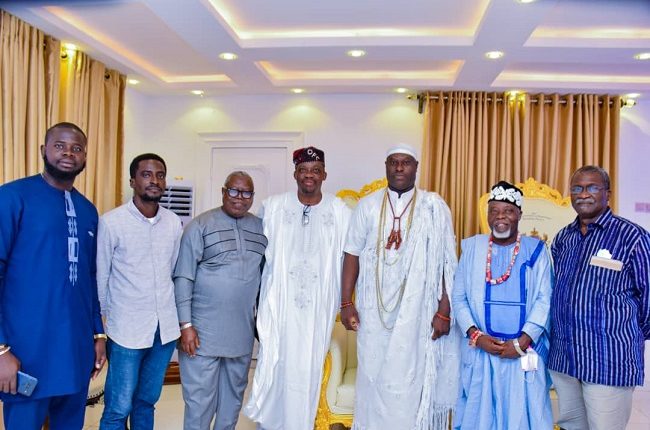 Ahead of the first World Yoruba Carnival of Arts and Culture holding, come February 2022, the Ooni of Ife, Oba Adeyeye Eniitan Ogunwusi Ojaja 11, has inaugurated a seven-member Central Planning Committee (CPC) led by Otunba Femmy Carrena, who will serve as Coordinator-General, Worldwide for the event.

A release issued from the Ooni’s palace and signed by Otunba Carrena made this disclosure on Monday, saying the carnival slated to hold in Ile- Ife, Osun State in February, being World Black History Month, is one to revisit Yoruba’s positive history, culture and traditions that had survived for millennia.

According to the release, the carnival is designed as the grandmaster of all world-renowned carnivals and festivals like the Rio Carnival in Brazil, the Notting Hill Carnival in London and the likes, adding that UNESCO has endorsed and shown interest in the historic carnival.

The statement further said that both the Brazilian and Cuban Embassies respectively shall be involved actively in the carnival, which operational headquarters is in Ile-Ife, “the Ooni’s Palace to be precise while its administrative office stays in Lagos for easy correspondences.”

Carrena listed those on the research team for the carnival to include emeritus professors of History and Archaeology, saying most of them were not present in Nigeria.

He, however, said his committee had made up plans to regularly reach out to them for their contributions and officially invite them for the actual carnival slated for February 2022.

Responding to the inauguration on behalf of the CPC, Carrena expressed joy and enthusiasm for what he described as the uncommon reception and blessings from the Ooni, assuring the royal father that the committee shall live up to the expectation and beyond to give the best of the Yoruba culture and tradition to the rest of the world.

No luxury bus having passengers was hijacked by bandits in Kogi, say Police