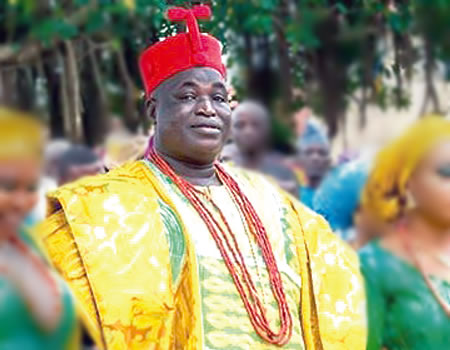 Though the celebration of the coronation anniversary of the lecturer-turned monarch had been a weeklong activity, Saturday’s event which was held at the permanent orientation camp of the National Youth Service Corps (NYSC) was the climax of the celebration.

Addressing the crowd that thronged the ceremony, the chairman of the planning committee, Professor Siyan Oyeweso stated that activities, commemorating Timi’s 10th year on his ancestral throne were significant, considering the steady developmental strides and social economic growth that was being witnessed since Oba Lawal ascended the throne.

He commended prominent Ede sons and daughters, including friends of the ancient city for their invaluable contributions to the growth of the town, adding that they should not relent until Ede attain its pride position among the great and historical cities in Yorubaland.

The list of key politicians include the deputy governor of Osun, Mrs Titi Laoye Tomori, who represented the state governor, Mr Rauf Aregbesola, former deputy governor of Osun State and erstwhile chairman of the Senate Committee on Appropriation, Senator Iyiola Omisore, Honourable Rotimi Makinde, who was honoured with a chieftaincy title, Hon Famurewa, among others.

Dickson, beacon of hope of a new Nigeria ―Ekweremadu