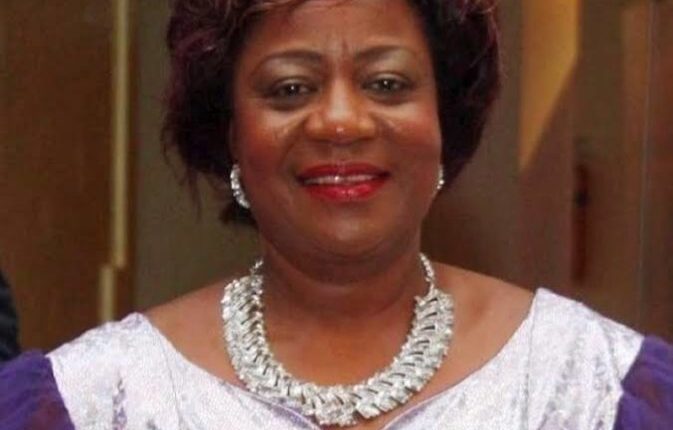 Pan-Yoruba sociopolitical organisation, Afenifere, on Tuesday kicked against the nomination of Lauretta Onochie as national commissioner of Independent National Electoral Commission (INEC) by President Muhammadu Buhari, describing the appointment as the peak of insensitivity and provocation on the part of the president.

Onochie is currently serving as one of the media aides to Buhari.

The group, while describing Onochie as partisan not to be given such a sensitive post, said appointing her would amount to killing the INEC and turning it to APC electoral board.

Spokesperson of the group, Mr Yinka Odumakin, said this in reaction to the nomination of Onochie, in a statement made available to Tribune Online, warning that if such move was not resisted, it would mark the final conquest of the country and the beginning of the end of INEC and electoral democracy in Nigeria.

“It is the peak of insensitivity and provocation by Buhari to bring a partisan person as a commissioner of INEC.

“If Nigerians don’t resist and reject it, it would mark the final conquest of the country and the beginning of the end of INEC and electoral democracy,” he warned.

Besides, Odumakin argued that appointing Onochie to INEC office had thrown up constitutional issues as counsel of the Council of State had to be sought on such appointment, even as he said the appointment of the incumbent, Mrs Agbamuche-Mbu was still subsisting at the commission.

“Besides, Section 154 of the Constitution requires the president to consult with the Council of State made up of ex-presidents, CJN, Senate president/speaker and all serving governors in line with the express provision of Part 1, Paragraph B of the 3rd Schedule to the Constitution that says ‘The Council of State shall have the power to advise the president in the exercise of his powers with respect to…..(iv) the Independent National Electoral Commission (including the appointment of the members….).’

“But in this instance, no such meeting convened and the council consulted.

“Also, the tenure of Mrs Agbamuche-Mbu is still subsisting since Onochie is now allegedly nominated as national commissioner.

“In all, there are nagging constitutional issues thrown up for the attention of the president,” Odumakin said.