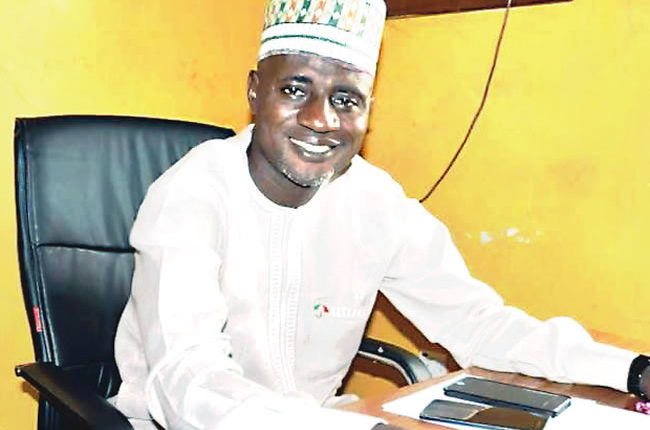 In an interview with Biola Azeez, the Kwara PDP Youth Leader, Kwara Central district, Abdulhamid Issa Adangba, talks about ongoing defections from the party, impacts on the opposition party and other issues.

What would you say are the reasons stalwarts, current and former governors of the Peoples Democratic Party (PDP) are joining the All Progressives Congress (APC)?

I don’t want to believe that the whole of party bigwigs or former PDP governors are leaving the party to join APC. If you see anybody moving from PDP to APC, they are the ones with skeletons in their cupboards. They are those that are scared of anti graft agencies such as the Economic and Financial Crimes Commission (EFCC) or Independent Corrupt Practices Commission (ICPC). For instance, a female senator accused of money laundering just left PDP. So, I can say anyone you see leaving are those afraid of anti-graft agencies.

Do you see such defection from PDP to APC happening in Kwara State?

No, the reverse is the case in Kwara. In Kwara state, the present government came in with lies and propaganda and all the promises made are not being fulfilled. The people now see that the former government is better than what they are experiencing today. And in this case, instead of the opposition moving to the government of the day, they are moving back to the opposition. In Kwara, people do join the PDP on a daily basis. As I am talking to you now, Asiwaju Moshood Shittu just decamped to the PDP. Why didn’t he go to the government of the day? Why come to PDP? This is because Kwara PDP is a formidable force that no one can toy with.

But, Hashim Olawepo, a presidential candidate and a staunch member of PDP joined the APC. What could have made him to join APC at a time you claim the APC is divided in Kwara state?

Hashim Olawepo left the PDP in 2007 because he contested under Democratic Peoples Party (DPP) in 2007 and 2011 respectively. He contested banking on people’s trust but he left the PDP a long time ago. I guess he went to the APC to revitalize his businesses or to check out for more opportunities.

Olawepo made some claims, in a recent interview, regarding why he went on exile in 2007. Are his claims correct or what do you know as the true story of why he went into exile?

I remember after the 2007 election, Hashim Olawepo invited the major stakeholders of his party and supporters to Abuja for a meeting and the group was led by Alhaji Raheem Oleshin, the DPP secretary for Kwara state and the PRO. When we got there, he made us know that there is a committee inaugurated by national Secretariat of the PDP asking him to withdraw from the tribunal. He categorically told us that Alex Ekwueme told him to withdraw from the tribunal or else, he will lose his oil licence which he operated then. We, his supporters, told him that if we are sure that we won the election, we should be able to win at the tribunal and get our mandate. Eventually, we lost at the tribunal and he called us to another meeting in his house in Ilorin, along Pipeline area, and he made us know that since we lost at the tribunal, we should prepare for the 2011 election. He said he was leaving the country for London to work and gather money that since his license had been seized, he needs to go back to London to work for more money for 2011 election and we all obliged. That’s what I know made him to leave the country.

You are a PDP member, what will you say about the allegations of political killings at the time Olawepo was referring to?

I read the interview earlier but where I came to disagree is that I felt if there was political killing in Kwara then, I should be the first person to be attacked because as a youth then with youthful exuberance, I was doing more. I remember my confrontation with the chief of staff to the then governor on election day that I had to tear his cloth. So, if there was any killing, I would have gone down first. And if I am alive today, moving freely without being attacked, I don’t think there was any killing. He also mentioned about the shooting of my cousin, Shittu Abdullahi Mohammed. To my surprise, Shittu was never a politician, he didn’t even have a voter’s card to vote in Kwara because he doesn’t vote in Kwara and so why should we associate such attack to him when he is not a politician at all. He is just an intelligent chief officer of the country. All I know is that the police made a lot of arrests after Shittu was shot and they made their investigations. If it has to do with politics, it would have been publicly announced by the police. It is only the Nigeria security agents that can put foot on who attacked Shittu and since they didn’t mention any politician, I don’t think it has to do with politics.

What is the political strength of Olawepo and how do you think his defection to APC can help the party in Kwara?

As at 2007, Olawepo was like the opposition party in Kwara because DPP came second in 2007 election but in 2011, we came fourth meaning that our strength had drastically reduced. After that period, he stopped participating. Even in 2019, what came out of the presidential election shows what his strength is in politics. But in Kwara, he has renounced being from Kwara after the death of his father so he went back to Kebbi State.

In Kwara state, PDP is not seen as opposition party because of seemingly inactivity on its part. What’s responsible for this?

PDP Kwara is a party that has guidelines, strategy and have a very good leader who knows what he is doing. We don’t practice politics bitterness in PDP Kwara. More importantly, you cannot criticize a government that doesn’t have a policy. It is only a government with policy that can be criticized if the policies are not good for the public. We currently have a government that has failed. The public is very angry because they were lied to. They complained that the former government did not fix roads but then, how are the roads today? Almost every road in the state is bad. My car is with a mechanic today and back there again tomorrow. I don’t expect any government to say its achievement is road construction but even at that, the roads are not in good shape. If it was a PDP that is criticizing him, we can say it’s the opposition. Instead it’s the APC party stalwarts and party members criticizing all the projects that are characterized by fraud, over-inflation of contract sum and bad implementation. Even Kwara state House of Assembly that is seen as a baby today once came out to criticize the government’s projects for lack of due process in its execution. We, in the PDP, are planning to give back to the people government of the people and for the people in 2023. That is where we focusing our strength rather than being distracted by a shabby government.

Is the PDP really serious about coming back to power in 2023?

I guess Nigerians attend the same market, hospital and can see the state of things. Every Nigerian is regretting why they brought onboard this kind of government. When we talk about the previous government, insecurity was only in the North East but today, insecurity is everywhere in Nigeria. Kidnapping is now the order everywhere in the country. In Ilorin, just recently, some people where picked from a hotel. I don’t think any government can succeed when the security of lives is threatened. The farmers cannot go to the farm, we buy gas with 100 percent increment. There continues to be increment in cost of goods and services. Everything is inflated whether fuel, foodstuffs or electric tariff. Before the present government, a bag of rice was sold for N7,500, it’s now N26,000. If you were to choose, which will you choose? The only alternative is PDP. There is hunger in the land; people are crying; people are dying daily. The major disease killing people is high blood pressure and heart attack because you don’t know what to give your children the next day. We must thank God that the bad eggs are leaving the PDP on a daily basis. This will put us in a better stead to win in 2023. PDP is set and the people are backing us. We would give the people the kind of government they want that would make Nigeria a better place.

There is the talk of the emergence of Third Force in Kwara politics. Aren’t you concerned about this?

I am not bothered because the word Third Force in Kwara is just a mirage. It is the same faction of APC that is moving to the third party. a you recall, there was an event, few weeks ago, where Alhaji Lai Mohammed came to commission another party secretariat for the faction that he claims to be leading in Kwara. The governor has another party secretariat with his own faction which he claims to be leader. Meanwhile, PDP Kwara will remain united, resolute and focused in making sure that we reclaim power and provide governance that will make people smile once again.