Latest NewsTop News
By Ishola Michael - Bauchi On May 9, 2020 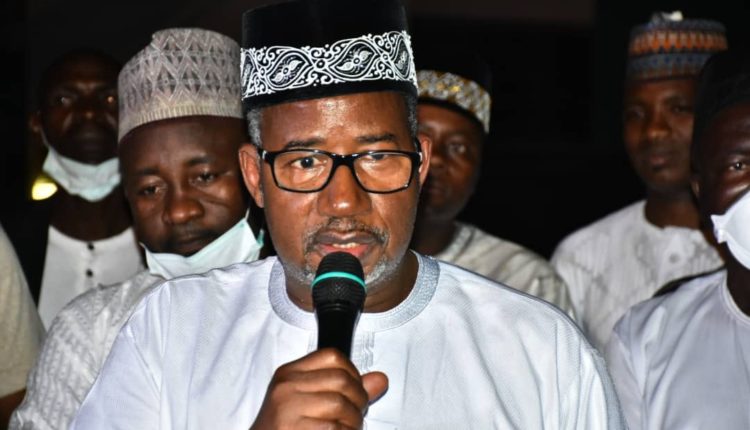 Bauchi State government has denied reports of mass deaths in Azare as reported in some sections of the media and social media, declaring that only 30 people have died in the last one week and the deaths are not related to COVID-19 pandemic.

The state deputy governor, Sen Baba Tela, while giving an update on the COVID-19 pandemic situation, declared that so far in Azare, only one person died of COVID-19 pandemic while receiving treatment at the FMC, Azare.

On the mysterious deaths, he opined that it is a seasonal thing in the area especially during the hot season when people with underlying illnesses get complications which always lead to their deaths stressing that the deaths are not in any way related to COVID-19 pandemic.

The deputy governor, however, explained that what is happening in Azare is a spillover from Kano considering the proximity of the Northern zone of the state to Kano and Jigawa states where the mysterious deaths are occurring, assuring that medical experts are working round the clock to ascertain the disease and its causes.

ALSO READ: How we are treating COVID-19 patients in Ekiti —Health Commissioner

He added that, as at Saturday, 9th May, only 26 patients are in admission at the FMC, Azare having tested positive for COVID-19 and are receiving treatment while a few others have been quarantined awaiting the results of their sample test.

Baba Tela, who is Chairman of the State Rapid Response Taskforce on COVID-19 and Lassa Fever, assured that the government is doing everything possible to reduce the number of infections in the state adding that facilities FMC Azare will be expanded to ensure that the infection was curtailed.

It will be recalled that a former member of the House of Representatives, who represented Katagum federal constituency, Ibrahim Mohammed Baba, had claimed that over 100 people have died within the last one week in Azare due to COVID-19.

The former member made the claim in a letter he wrote and signed addressed to the President Muhammadu Buhari dated May 8th, 2020, through the Secretary to the Government of the Federation, and Chairman, Presidential Task Force on COVID-19, Boss Mustapha.

In the said letter which was obtained by our Correspondent in Bauchi on Saturday, titled: ‘Massive COVID-19 outbreak in Azare: Request for urgent action’, Mohammed Baba said that the situation has thrown the entire area into great mourning, panic and confusion.

He further said that the proximity of Azare to Bauchi, Kano and some major cities of Jigawa State has made the town’s large population susceptible to the virus due to the already existing large cases of the disease in those areas.

Mohammed Baba in the letter stated that: “Your Excellency, Sir, I write to draw your kind attention to the massive outbreak of coronavirus in Azare town and environs in Bauchi State, which has already resulted in over 100 fatalities in the last one week, and this has thrown the entire area into great mourning, panic and confusion.”

He further wrote: “The centrality and proximity of Azare to Bauchi, Kano and some major cities of Jigawa State make the town’s large population susceptible to the virus due to the already existing large cases of the disease in those areas.

“And because media coverage is always largely skewed towards states capitals and other more prominent cities, the ongoing horrific situation in Azare has not gotten the attention it deserves, and that’s why I want to use this privilege to appeal to you for urgent action to arrest the unpalatable situation,” he claimed.

He informed the President that there is an Opthalmology unit and laboratory which was built and equipped by the Central Bank of Nigeria (CBN) at the Azare Federal Medical Center (FMC) since 2013 but has not been commissioned and put to use up till now.

He appealed stating: “Consequently, therefore, I wish to appeal to Your Excellency to direct the National Center for Diseases Control (NCDC) and the Presidential Task Force on COVID-19 to urgently reach out to Azare town with all the necessary facilities and palliatives to assist the communities there.

“And to help in this expected effort, may I draw your attention to the fact that an Opthalmology unit and laboratory have already been built and equipped by the Central Bank of Nigeria at the Azare Federal Medical Center since 2013 but have not been commissioned and put to use up till now. This facility can be repurposed to a COVID-19 test and treatment center provided the right equipment are added, including ventilators,” he wrote.

The former Lawmaker said that “as a matter of life and death,” he has the utmost trust in the President’s sense of patriotism and commitment to the wellbeing of Nigerians that he will assist the beleaguered people of Azare town and environs to overcome this harrowing situation.”

In a related development, in an open letter to Sen Bala Mohammed, the Bauchi State Governor, a resident of Azare, Musa Azare, claimed that as of Thursday, there were over 301 fresh graves at the Azare cemetery.

He expressed concern that what was more worrisome was the way people accompany corpses for burial pointing out that it was in total disobedience to the government’s directives and protocols.

He said: “Information reaching me from Azare says that as at yesterday (Friday) there were 301 fresh graves in the Azare cemetery, dug in the last 14 days. I have verified this information from multiple sources. Equally of serious concern is the way people escort their dead ones to the cemetery. No observance of any counter-measure against the Covid-19 pandemic.”

Musa Azare also stated that there is the need to intensify awareness campaigns among the people, however, charging the people to be more responsible in the face of the pandemic.

He said: “And to our people, you better wake up, and accept the reality of what the whole world is going through. This deliberate ignorance and reckless skepticism will not do anyone any good. In fact, it is part of the reasons why we’re witnessing more and more deaths. And truly, it amounts to we killing ourselves!”