Intimacy
By OSARETIN OSADEBAMWEN On May 8, 2021 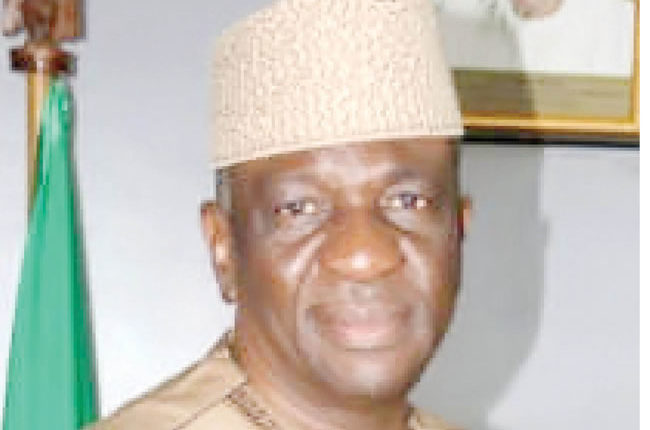 In this interview by OSARETIN OSADEBAMWEN, the chairman of the Senate Committee on Public Accounts, Matthew Urhoghide, speaks on the activities of the committee and how the Senate has been dealing with just a fraction of Federal Government agencies.

What have been your committee’s savings for the Federal Government since it began probing ministries, departments and agencies in 2015?

The committee does not really recover money for the government. We are only looking at the annual reports that are sent to the National Assembly and same reports are referred to the Committee on Public Accounts in both chambers. Example is what you see us do in the Senate. We look at these reports. Mind you, we have in excess of 700 agencies of the government: ministries, departments and agencies, etc, but it is not all of them that are queried.

When are you going to ask that money be refunded to the government?

When, of course, it is recommended that money be refunded. We cannot say this is what we have got until the Senate says so. It will be premature to say this as a committee. That is why I cannot speak conclusively to you on refund. It is the senate that will do so. I have not even attempted to see how much will come into the government coffers in terms of prescriptions to the office of the Auditor General on the size of money recovered.

It is the Senate that will decide on that. After the Senate has decided, then we can say that this is what is expected from the public officers or agencies.

Are you saying that the nation will be in the dark until you finish?

It is not in our nature to rush, even though we understand the need for emergency and treat same when it comes up. There are things that we do as far as the Auditor General’s report is concerned. By the time we do performance audit which usually has to do with capital projects, that will be another focus, where clients, companies, vendors that have rendered services to the Federal Government through the various agencies, commissions, etc, will now be periscoped on the value the Federal Government, on behalf of the people of Nigeria, got for such services either for consultancy or goods and other forms of contracts. It is when we get to the point when we have to do performance audit, for which we do not need to rely on the Auditor General’s report, that we can equally do our own. So some of those reports are ready and they are with us. So, when we get there, we will now recommend that this company or that company has to refund this amount of money. Again, as a committee, we are able to do status inquiry over the revenue and expenditure of any agency at any time. When we do that when it comes to the issue of the revenue you collected for the government. That is why we always say pay back to the consolidated revenue when we note infraction.

So, this is what happens to those things. We cannot really quantify now in terms of naira and kobo, but as you know, eventually, most of the agencies and individuals who are counting officers that just come to the realisation that oh, we could be asked to come and account for the money spent. If these agencies knew that the letters sent to them by the accountant general’s office asking them to, for example, to bring documents to substantiate those transactions, they probably would have taken the letters sent to them years ago seriously.

So, the whole idea is to try to correct our processes and procedures in transactions. We have noted that most of the MDAs rush to do appropriation. Nobody runs to meet up with financial auditing. You keep spending money that is not audited and you spend money and cover it. There is nowhere in the world that this happens.

What we want to achieve with this committee is that every year, financial audit report must be considered by the committee and submitted to the Senate to take a position and send it to the president for necessary action.

You are talking about excess of 700 MDAs and yet dealing with a maximum of 150. How do you intend to work on the audit of the other agencies?

The other ones that are not mentioned in the report, we cannot go and query them, except if there is something about them. Except something comes up, you cannot deal with them. That is how these other agencies are. Then we ask the Auditor-General to go and query, otherwise we cannot do that.

Who makes the refund, the organisation or the head of the office?

Let us be clear about this, the accounting officer is not the one that took the money, why should he refund? He is the accounting officer. Understand this: in the ministry, he is the permanent secretary. For an agency, it is the director general or the chief executive. They are the ones. That is why they come with authorisation letter to stand in for them when they appear before the committee.