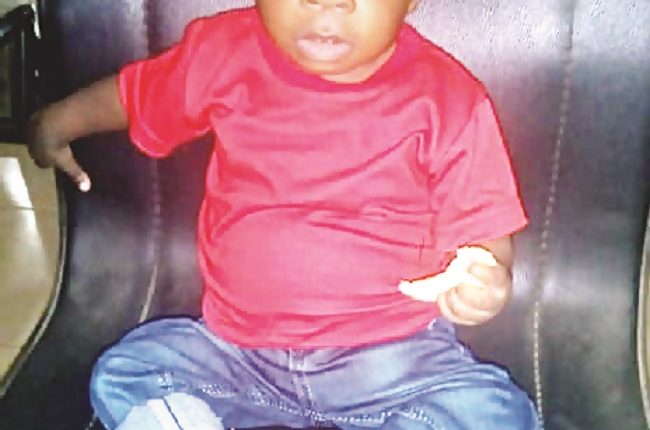 For over a year after his birth in February 2020, David Oyewole has laboured to remain alive. Each passing day, David has battled for life with fast and laboured breathing, difficulty to eat, recurrent cough, easy fatigue and poor weight gain. It was just hours after David was born that his father, a 32-year-old secretary and the mother, a 29-year-old teacher, realized that they had a challenge on their hands. David’s feeding pattern followed the suck-rest-suck cycle. On the third day of life, David was rushed to the hospital where he was treated for sepsis for one week. He was subsequently hospitalized for pneumonia.

Worried by the constant fast and laboured breathing of their first and only child, Mr and Mrs Oyewole had visited the University College Hospital (UCH), Ibadan for scan to know what the exact challenge was. And their fears were confirmed when an echocardiogram at the UCH revealed complete atrioventricular canal defect with pulmonary hypertension. Since then, David has had problem feeding with his parents usually having to pack their son’s usual vomit. Coupled with his feeding difficulty, David has grappled with recurrent cough, excessive diaphoresis with feeding and dyspnea on exertion.

Upon detecting a congenital heart defect, the UCH had referred David to the Babcock University Teaching Hospital, Ilisan-Remo, Ogun state for effective treatment. Upon showing up at Babcock Teaching hospital, at 11 months, pre-surgical evaluation showed that David had obvious respiratory distress. This was followed by a physical examination of David as well as electrocardiography and echocardiography.

To have a normal heart, David needs catheterization and Atrioventricular Canal Defect repair totaling the sum of N5million. While Catheterisation is to cost N500,000, surgery is to cost N4.5 million. On the nature of David’s cardiac defects, Consultant Paediatrician/Paediatric Cardiologist, at Babcock University Teaching Hospital Ilisan-Remo Dr O.J. Sokunbi recommended urgent surgery. He noted the need for diagnostic cardiac catheterization to assess for operability in view of delayed intervention.

Despite the need for urgent surgery, a tearful dad, Mr Oyewole Ayodeji lamented how difficult it had been for him, a secretary, and his wife, who is a teacher, to raise the needed N5million. He described how painful it is seeing his only child labour to breathe every minute and virtually vomiting all he is fed. With his son’s heart at further risk of abnormality, he noted that the family has continuously struggled to get a few thousands to regularly get oral medications to hold David’s life. Echoing the “little drops make an ocean” saying, Mr Oyewole Ayodeji beckons on individuals and groups to assist with their financial donations, no matter how small, to help correct the defect in his son’s heart and enable him to live a normal life again.

Donations should be made to:

How I will use sports to engage the younger generation — Akeredolu

How YPF, IOO partnered to train 60 youths on paint production