One LASTMA officer killed, another injured by drivers in Lagos 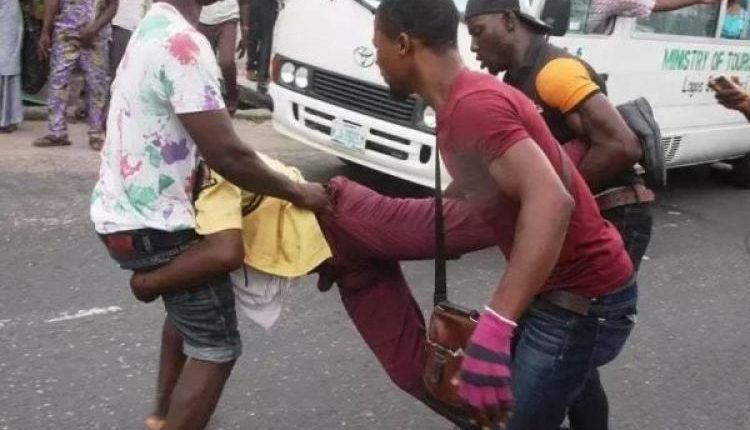 An official of the Lagos State Traffic Management Authority (LASTMA), Obasu Segun Godwin has been allegedly killed by minibus drivers while another official, Adeniyi Hakeem, was injured during an attack on Tuesday.

Seven people suspected to have participated in the attack have been arrested and handed over to the police for proper prosecution.

It was gathered that drivers of minibuses, popularly called “Korope” inflicted machete cuts on the deceased Obasu and the injured Adeniyi after an attempt by the LASTMA officials to perform their duty along the Ikorodu Road.

The Nigerian Tribune gathered that a minibus driver had reportedly contravened the State Traffic Law and some LASTMA officers impounded his bus when he (driver) and his colleagues attacked every LASTMA officials that they could recognize.

The unidentified driver who was assisted by his colleagues and others reportedly used machetes and other dangerous weapons on the two LASTMA officers who were returning home leading to the death of Obasu.

LASTMA boss, Olajide Oduyoye, condemned the incessant attacks on the agency’s officers and described the latest incident as a sad occurrence.

LASTMA’s public relations officer, Filade Olumide, in a statement signed by him and made available to the Nigerian Tribune on Thursday confirmed the death of the officer.

Filade said: “The General Manager, Lagos State Traffic Management Authority (LASTMA), Mr. Olajide Oduyoye, has condemned in strongest terms the senseless and unwarranted murder of an officer of the agency, Obasu Segun Godwin and the assault on another officer, Adeniyi Hakeem, by the operator of a Suzuki commercial bus otherwise known as ‘korope’ and others at Anthony area of Lagos State on Tuesday, 16th March, 2021.

“Oduyoye explained that Obasu Segun Godwin and Adeniyi Hakeem were attacked with machetes and other dangerous weapons by the driver of a commercial bus with registration number FKJ 452 YC, plying Bariga to Oshodi via the Ikorodu Road axis in cohort with some other drivers, after his vehicle was apprehended for contravening the Traffic Law of the State.

“According to him, the sad fact about the whole saga was that the two officers were in mufti and on their way home, having completed their morning shift and closed for the day before the recalcitrant commercial bus drivers went berserk, seeking any LASTMA officers to attack for carrying out their statutory duties.”

He said: “Obazu was struck severally with machetes resulting in deep lacerations on the head and his eventual death, while Adeniyi Hakeem, who was also attacked in a similar fashion has been hospitalised and in a coma.

“While noting that some senior officers, who were also in mufti and around the area were lucky to escape the mob attack, the General Manager warned all cultists doubling as commercial bus drivers that any traffic violation or infraction shall be punished or penalised as enacted by the Lagos State House of Assembly.”

Oduyoye noted that seven of the culprits have been caught and handed over to the police while the driver of the bus and others are still at large, assuring that the police would conduct a proper investigation, just as the full wrath of the law would be brought to bear on all those found guilty of taking laws into their hands.

The LASTMA Director of Operations, Mr. Bolaji Oreagba maintained “that this is a very sad event which could have been averted, stressing that the unfortunate incident would not deter the agency from carrying out its functions and duties as laid down by the law of the state.”

Commiserating with the family of the deceased officer, Oreagba lamented that the state and the agency have lost too many good law enforcement officers to lawless and recalcitrant motorists and “this has to stop”, promising to ensure that the severely injured officer, who is still in a coma at the Lagos State University Teaching Hospital, is well taken care of.