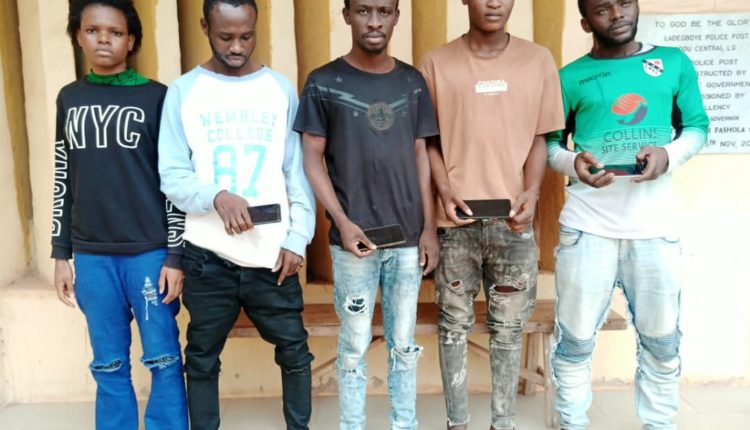 Five persons, including a teenage girl, have been arrested by the police for allegedly running a syndicate that steals people’s SIM cards to withdraw money from their bank accounts.

The suspects, Daniel Asigbe, Ikechukwu Aigbe, Frank Opara, Seun Dairo, and Godliness Ndukwe, the teenage girl among them, were arrested by the operatives of the Zonal Monitoring Unit of Zone 2 Police Command, comprising Lagos and Ogun states.

The image-maker in charge of Zone 2 of the police command, Hauwa Idris, a Deputy Superintendent of Police, confirmed the arrest of the suspects in a statement signed on Thursday.

The police spokesperson said: “Operatives of Zonal Monitoring Unit have arrested a syndicate of five persons comprising four males and one female who specialise in stealing and transferring funds from people’s accounts through their SIM cards.

She added that “members of the public are hereby advised to quickly draw necessary attention in case of loss of mobile phones or other valuable.”

According to the police, “investigation is in progress as the suspects would be charged to court upon completion for prosecution.”

I will not anoint any candidate to succeed me ― Ebonyi gov